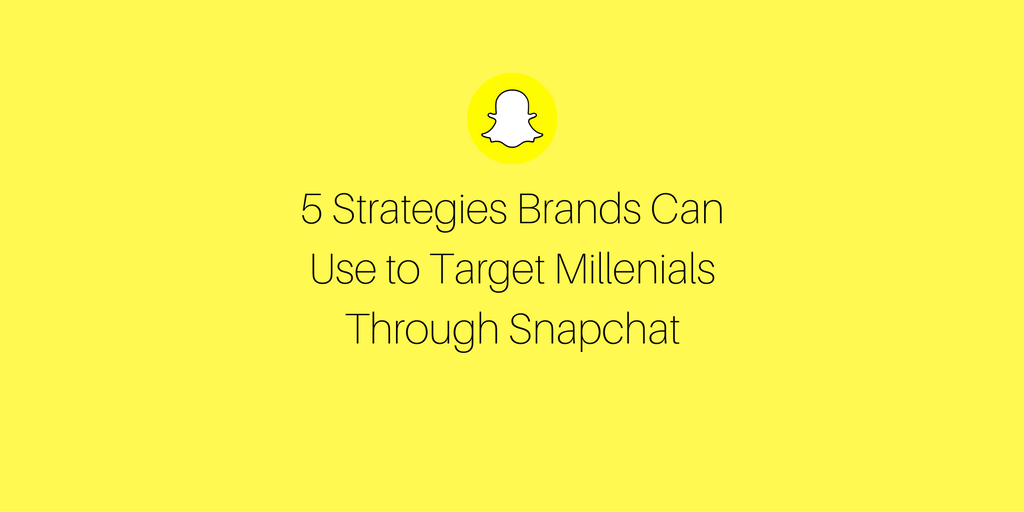 From WeeWorld to Plurk, Nexopia to Glocals, there are so many social media apps that one industry publication narrowed down the list by profiling only the top 91 networks.

With dozens and dozens of social networks emerging as fads and then disappearing before the mainstream ever knows they existed, how can businesses know which ones are passing trends and which ones are worth an investment in time and resources?

It’s a difficult question, but when it comes to millennials — a demographic that marketers spend 500 percent more money to target than all other demographics combined — one network stands alone: Snapchat.

With 70 percent of the rapidly expanding network’s 200 million users being under the age of 35, Snapchat simply has too much potential to ignore.

With All the Social Media Options, Why Snapchat?

Whether or not they are familiar with the app or intimidated by its format, businesses have to accept that there are more reasons to adopt Snapchat than not. The network allows businesses to tell their story in an authentic, personal way. It functions as a powerful CRM, enabling marketers to maintain deep connections with their customers. It breaks the traditional advertising format by presenting ads as content, which makes them far more powerful and impactful.

The fleeting nature of Snapchat’s disappearing content creates a sense of urgency and immediacy. Perhaps most importantly, it is arguably the best format in existence when it comes to targeting millennials — and since most businesses still haven’t caught on, marketers can have a much easier time getting noticed and building a following than they ever could on saturated channels like Twitter and Facebook. 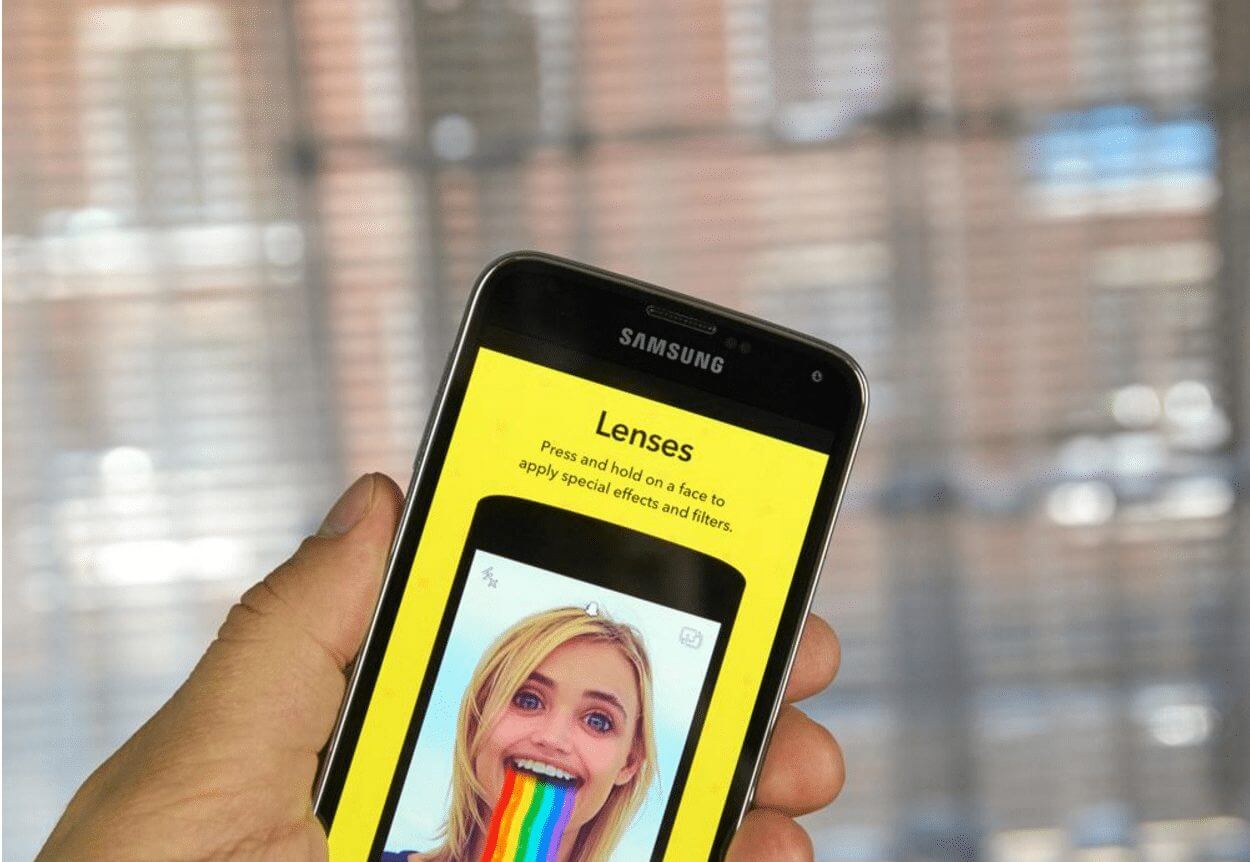 1. Use ‘My Story’ Both to Talk and Listen

Jared Moore is among the many industry experts who believe that Snapchat changed the game with the addition of the “My Story” section. The tool allows users to tell a story using photos and videos in chronological order. Since the story disappears after 24 hours, content remains fresh and audiences remain engaged.

Businesses should remember, however, that My Story works both ways. To succeed on Snapchat, marketers should treat the network as a blend of Instagram and Twitter, which means they should both “talk” and “listen.” Listen by viewing the My Story content of your followers and engaging them through chat. Talk by creating your own stories.

A full 60 percent of all social media users between the ages 13-38 are on Snapchat. That’s an enormous mass of millennials — and many of them follow wildly popular and highly influential Snapchatters called influencers. Many, like Jenna Marbles and Ingrid Nelson, were already widely followed and established on other channels like YouTube before migrating over to Snapchat.

Seventeen magazine partnered with influencer Tanner Zagarino and Coca-Cola struck a deal with Snapchat sensation Lilly Singh — and for good reason. Influencers have the power to steer millions of people toward content. This guide helps businesses identify and engage Snapchat heavyweights who hold enormous sway over followers in their target audience.

By turning over their Snapchat accounts to an influencer for a few minutes, a few hours or even a full day, businesses can leverage the influencer’s popularity and gain critical exposure to their huge fan bases, which often number in the millions and are spread across multiple channels. This infographic outlines the six steps to conducting a successful takeover: establishing goals, finding the right influencer, planning the time, date and content, performing the takeover and documenting the campaign.

Snapchat again changed the game when it introduced geofilters, which businesses can use to engage their audiences, raise their brand profiles and introduce themselves to new potential buyers. On-demand geofilters are location-based filters that can be overlayed on top of pictures or videos. They create a digital “fence” around a certain geographic area. When anyone from your audience enters that area, your geofilter becomes available. Read Snapchat’s guidelines before you get started.

Like any campaign, developing a Snapchat presence is useless if you aren’t able to track metrics and measure results. Measuring ROI is notoriously difficult on social media — and Snapchat is no different. There are three metrics, however, that are critical — and fairly easy — to analyze: engagement, completion rate, and follower growth. Read this tutorial on what, how and when to measure. 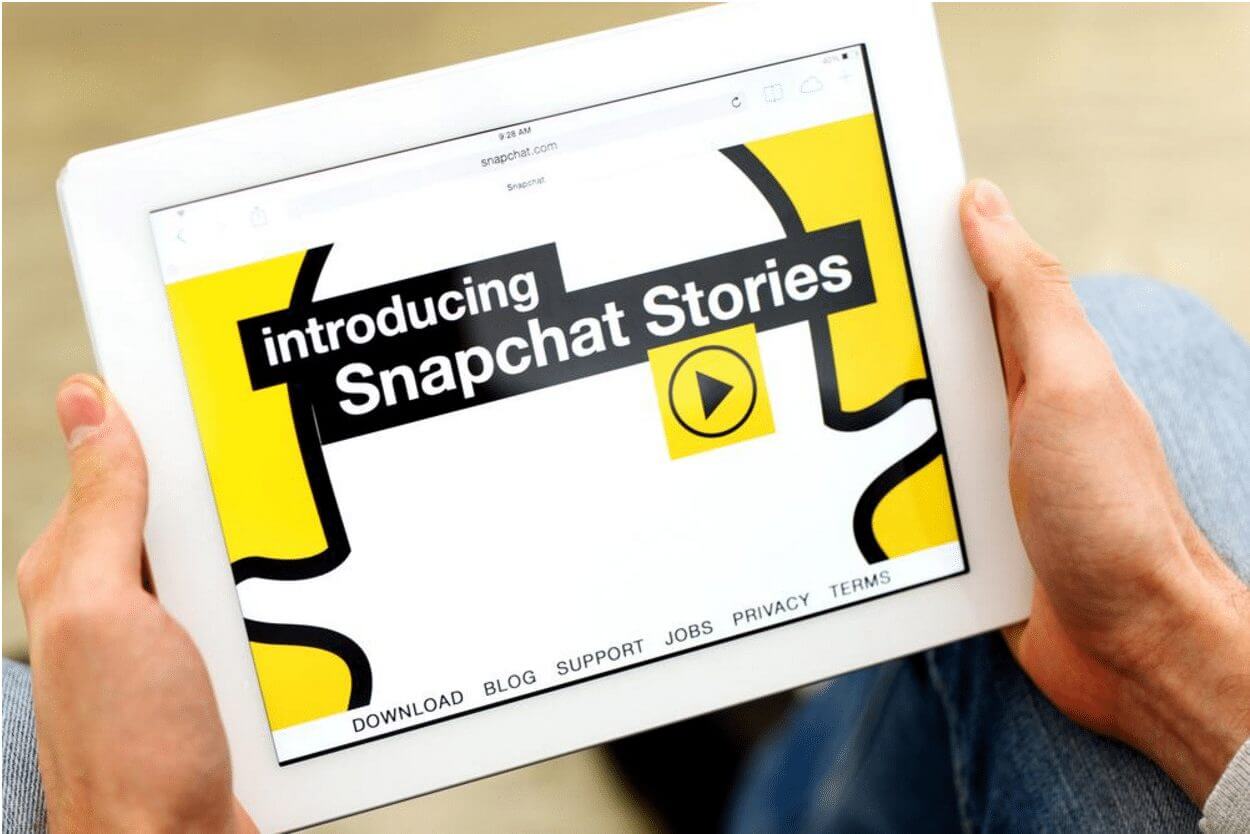 Between geofilters, storytelling and disappearing content, Snapchat’s format may be unfamiliar and even intimidating. But businesses have to leave their comfort zone and figure it out if they want the attention of the millions of millennials who call Snapchat their social media home.

Nick Rojas
Nick Rojas is a journalist and small business consultant based in Chicago, Illinois and Los Angeles, California. His work often discusses social media, globalization, and the future of technology. You can follow him on Twitter @NickARojas.
See more posts from this author
Previous The Best Way To Grow A Profitable Business
Next Sharing Data with your Team in Nimble