What Do The State Fair and Facebook Have In Common? 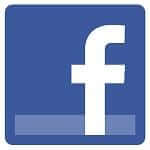 A lot, actually, but here’s the point: People go there to get free stuff. That unrestricted access may be changing, but businesses are increasingly finding leads and making sales on Facebook.

In the early internet days, a friend of mine who knew I worked in the technology field asked, You mean you can just get into it for free? Who’s paying for all of this?

The gravy train may be pulling out of the station, according to a recent article in The Atlantic. The social media revolution is about to get a little less awesome, it states.  Where maximizing users’ delight was the, “only currency that mattered,”  in the first few years, that currency is about to change from attention to profit.

Not a Huge Surprise

We knew this was coming. Social media is starting to grow up, as Facebook’s less-than-stellar IPO reminded us. And with its maturing comes greater expectations, pressure and the obligation to face the same scrutiny — and shareholder expectations — that other businesses do.

There may have been a lot of long faces in Menlo Park as the stock price dropped, but the reality check was a relief to anyone who lived through the turn-of-the-century tech bubble. No social media bubble, no heartbreaking crash. 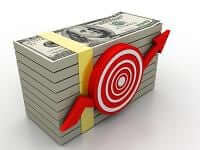 Still, businesses are claiming victories on Facebook, both in lead generation and sales, in both B2B and B2C organizations. The results of two recent studies may surprise you.

Online marketing giant Hubspot reported recently that marketers claim increased exposure, increased traffic and improved market insight are the top three benefits they get from Facebook. Lead generation is a dismal fourth. The Facebook audience also isn’t rushing to share content: The ratio of views to shares is 9:1. And if you auto-post, your likes and comments decrease by a whopping 70 percent.

On the other hand, in 2009, 24 percent of businesses said that Facebook was critical or important to their business. That number has jumped to 42 percent in 2012. 80 percent of social network users in the U.S., “…prefer to connect to brands through Facebook.” And user engagement has increased by 46 percent since the business Timeline launched.

The conventional thinking is that B2C has more quantifiable success on Facebook than B2B. Hubspot’s survey confirmed that, finding that B2C (77 percent) still leads B2B (43 percent) in terms of customer acquisition.

Webmarketing 123’s recent State of Digital Marketing Survey made a comparison based on both lead generation and sales. It reported that:

A rumor that Facebook will begin charging for access pops up occasionally and is quickly denied. Fact is, though, we don’t know whether what’s free for your audience now will be in the future. Which is all the more reason for you to keep honing your online strategy and keeping your content fresh, compelling and in line with your customers’ needs.