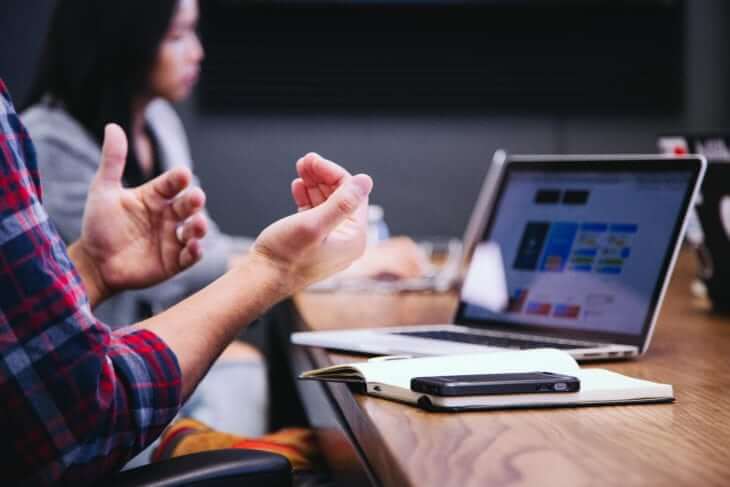 There are exceptional people out there who are capable of starting epidemics. All you have to do is find them.  – Malcolm Gladwell.

The Evolution of Influencer Marketing

Think back to the 1990’s, when Michael Jordan was in just about every Nike ad — as well as advertisements for various companies outside of sports. His face commanded global recognition among basketball fanatics and non-sports fans alike. However, for businesses lacking multinational marketing dollars or targeting specific demographics, spending hundreds of thousands on celebrity endorsements was simply out of bounds.

Unless you’re Jon Ferrara, that is.

Jon founded GoldMine Software Corp in 1989. During the 90’s — when business use of the Internet was in its infancy — he grew the first modern CRM into a $100 million dollar enterprise. At that time, he used Influencer Marketing to do it, without an ad budget, access to social media, or smartphones.  He continues to be a big believer in Influencer Marketing, which plays a big role in marketing his second venture Nimble CRM. 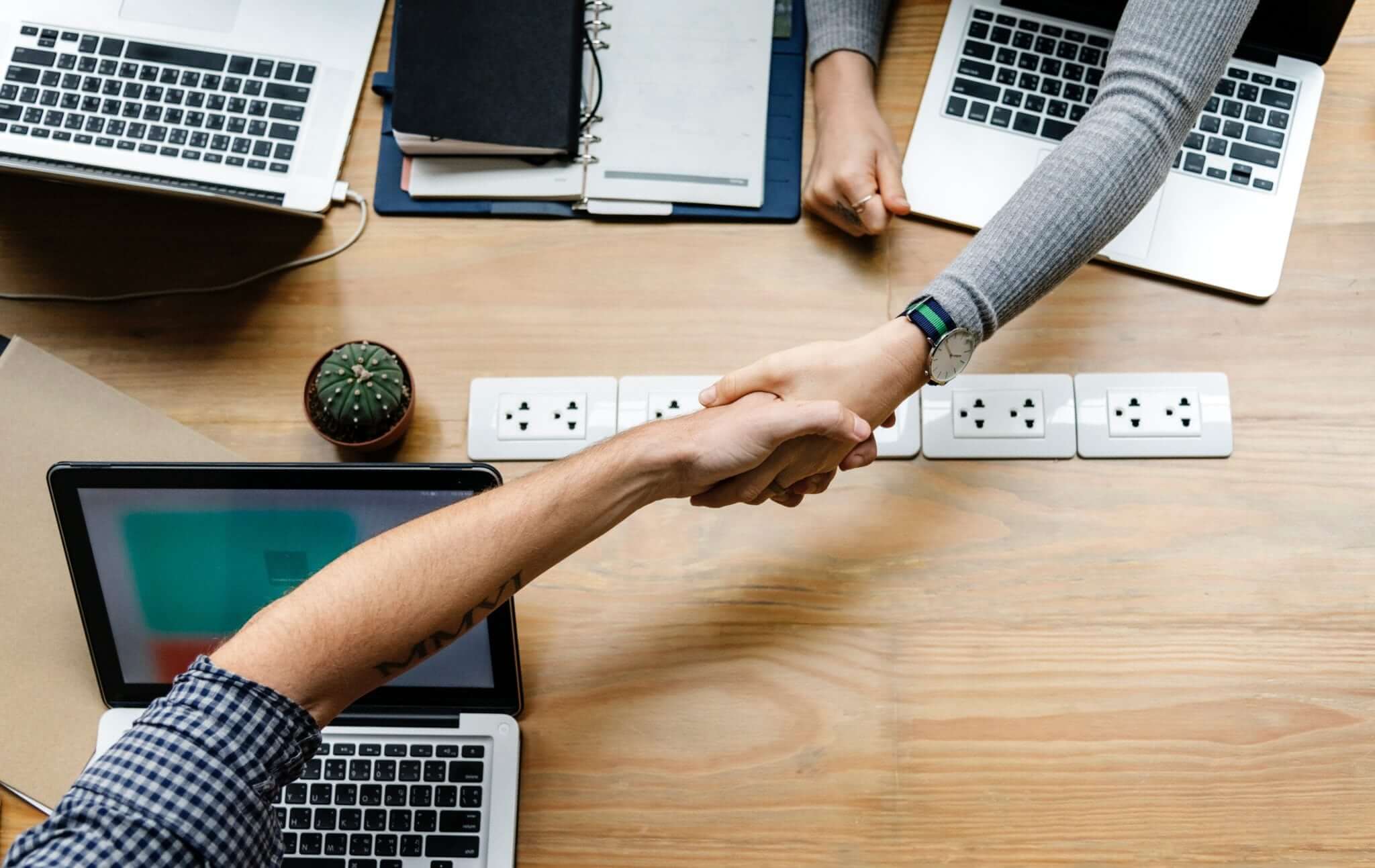 A Brief History of Networking in the Pre-Internet Days

If you wanted to sell enterprise-level software back in the late 80’s and early 90’s, you had a few high-priced options to choose from: placing ads in print, on TV or on the radio; direct mailing, or cold-calling leads.

Instead, Jon made friends with people who worked at the only major operating system in town. They were the trusted advisors of his prospective customers, and he incentivized them to resell Goldmine CRM for everyone’s mutual gain.

That OS company was Novell. They made NetWare, the Microsoft Windows or Linux of the early PC era, and the company was practically monolithic in the early 90’s.

As Jon puts it, “We started out by selling through Novell resellers because they were the only game in town.” Doing things offline meant plenty of face-to-face meetings and opportunities to have a nice schmooze. The sales team at GoldMine worked closely with Novell, and in the late 90’s they switched to Microsoft resellers as Windows took over the market.

By working first with Novell and then with Microsoft resellers, Goldmine grew from fifty thousand dollars a month to ten million dollars a month in sales — and they did it without spending a single dime on advertising.

“In the old days we developed intimacy and trust by going into somebody’s office and looking at their walls, looking at the books they read, looking at the schools they attended, and the knick-knacks they collected, and we shared in those commonalities to build relationships,” said Jon.

You don’t have to be a professional marketing expert to realize that authentic relationship-building at the heart of every successful venture has been a staple of success since the dawn of the internet. What’s changed is the scope of relationship building, as well as the methods of communication.

The Rise of Social Media and the Dawn of Nimble CRM

Micro-communities have allowed businesses to segment what used to be an impossibly broad demographic pool into narrow categories, thanks to filtered and targeted niches. With a better idea of who is in influencers’ respective communities, brands that lack the marketing budget feel far more inclined to work with social influencers on hyper-focused social marketing campaigns.

Back in 2008-2010, it wasn’t exactly clear that emerging social media would turn marketing on its head. As revolutionary as social media was, there were still major gaps between social networks like Facebook, Twitter, and LinkedIn. Personal productivity tools such as email, contacts, and calendars all come into play within the contemporary social CRM experience.

Although he saw that social media would one day change the way we live, work, and play, Jon saw there was no way to gather contacts and conversations into a single contact relationship manager for a single person, let alone a team of people.

“Relationship management was broken,” he explained.

It’s important to note that at this time, Jon was happily retired after selling GoldMine. He spent his valuable time raising a family with his wife, and coming out of early retirement wasn’t an easy choice to make. Ultimately, his desire to help people connect and grow at scale, by creating a revolutionary social CRM, won out.

Jon designed Nimble to fill in the gaps between social media, email, and calendars. However, he quickly realized that because he had been out of technology for ten years, no one knew who he was or what he did. In short, Jon needed to do some serious brand-building for himself (in addition to Influencer Marketing) in order to help him spread the word about his new CRM.

When Jon set out to spread the gospel of Nimble, he knew that the IT landscape had changed dramatically since the Novell days.

“There wasn’t a reseller for cloud software because people were self-adopting. I figured out that I needed to find other groups of trusted advisors for my prospects. I built relationships with sales, marketing, customer service, and social media gurus,” he explained.

While the digital landscape has indeed changed, the fundamentals of Influencer Marketing have not. People have always bought from people they trust; this was true back in the 90’s, and Jon understood this to be true in 2012 as well.

What followed will sound familiar to anyone in the marketing profession, including me: Jon researched social thought leaders, shared and commented on their blog posts, followed them on Twitter, and connected with them on LinkedIn. Today’s follows and shares are yesterday’s chit-chat and business card swaps at industry conferences — a positive feedback loop of genuine relationship-building that Jon built to for their mutual benefit and to help spread the news about Nimble.

Depending on the person or the topic of discussion, Jon’s methods varied. “After an introduction, I would send them an invite to a webinar, share a blog post they might find informative, or make an introduction. I would try to connect with influencers across the five basic areas of commonality: family, friends, food, fun, and fellowship.” When an influencer genuinely likes your brand, they incorporate it organically into their dialogue with their communities, which is a powerful word-of-mouth dynamic.

See the Future of Influencer Marketing by Looking into the Past

Nowadays, Nimble is one of the best-loved, most popular CRMs for Office 365 in the business world. Jon credits this in large part to values Nimble shares with their customers: We’re all on this planet to grow, and the more people you help grow, the more you grow.”

This is the central motivation behind Nimble, which has seen as many as 100,000 unique visitors per month to their site.

Fundamentally, sales and marketing are all about relationships. It’s always been about making a connection with someone and making them trust you. As we look towards the future, there’s a lot of uncertainty about whether artificial intelligence will take our jobs, or whether legacy social media platforms will shrink either because of data privacy concerns because they lose their coolness factor as new generations come online.

What does the future of Influencer Marketing look like, then?

According to Jon, it doesn’t really matter whether the channel is Facebook, Snapchat, or something else. Social networks have increased the transparency and expectations we have in one another. He makes an interesting comparison here: “Social media is bringing us back to the small village where your reputation is built on the promises you make and the experiences you deliver.”

The small town paradigm seems counterintuitive at first. However, when you stop to think about how so many successful influencers have built their networks, or how brands have leveraged influencer networks to expand their own, it makes sense. We’ve been given tools that people as recently as ten years ago didn’t have, and we’re building a new world of relationships and relationship-building with them.

What I took away from our conversation was that Influencer Marketing has been around long before the Internet; it’s simply morphed into a digital form, and it will be the foundation of marketing and sales long into the future.