Is Facial Recognition a Practical Marketing Strategy in 2020? 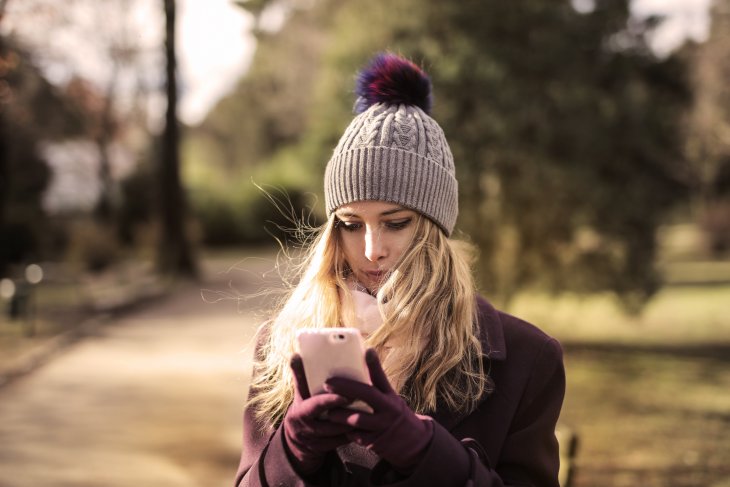 Walgreens Rolls Out Ad Personalization Based on Facial Recognition

Marketers face constant challenges when determining which ads to show consumers to achieve favorable responses. Walgreens is among the early adopters of technology offered by a brand called Cooler Screens. It aids in ad personalization thanks to facial recognition.

However, this option does not recognize specific people. According to The Wall Street Journal, Walgreens uses the technology on the front of its beverage coolers. It can determine a person’s gender and approximate age before serving them appropriate advertisements. Other factors are also taken into account, such as emotions shown on the face as an individual looks at the product assortment or the weather and how it may impact beverage choices.

Walgreens reportedly does not store any data for unique people. The technology can detect what people buy, though. On a hot day, an ad might suggest going with a refreshing lemonade, and the facial recognition software knows if a person did so after seeing the ad. Opportunities also exist to urge people to buy non-beverage products. If a young male grabs a six-pack of beer, they might see an advertisement for a frozen pizza or snacks next.

Many people already know that they come across online ads based on the things they search for while using the internet. This approach is not far away from that, so perhaps consumers will agree to it. However, Walgreens has not yet released data about whether personalized ads increase sales. People associated with Cooler Screens indicate that other brands are interested in trying the new advertising method, though.

Many companies sponsor or host conferences that relate to their respective industries. They know that doing so helps position brands or people as trustworthy or authoritative. Plus, the fact that thousands of people see a company’s name while attending certainly doesn’t hurt brand recognition.

Some companies that specialize in facial recognition for events offer integrated badge printing, which could help people get through the registration queues faster after they aim their faces at screens. Moreover, metrics are typically available to event organizers, letting them know how many people have checked in versus the number still in transit.

Using facial recognition for large events could drastically cut down on activities that let people fraudulently gain admission. Some individuals have impersonated legitimate conference attendees by giving a name and saying they lost their badge inside the conference hall. If a person working the registration table is frazzled and doesn’t want to go through the process of verifying those claims, they could let someone in who didn’t buy a ticket.

And, on a more positive note, applying face recognition like this could get people into conference halls faster, relieving them from the stress of what can often be a slow process. It’s easy to imagine a scenario where an attendee could submit a photo before arrival, such as when they reserve a conference pass online. Then, if they simply stand in front of a screen to have their face checked against the picture on file, they wouldn’t need to show IDs or conference pass receipts.

Loyalty programs are common options marketers use to encourage people to repeatedly choose a brand rather than doing business with competing companies. Many people redeem or earn points by making qualifying purchases and presenting cards or reciting numbers that designate them as loyalty program members.

Before long, another one of the uses of facial recognition may be to help people prove their identities during loyalty program transactions. Marriott recently introduced a facial recognition check-in option that releases the room key to a customer after examining their booking details in the system. Marriott is like many other hotel brands in that it has a rewards program for customers. Perhaps the hotel brand will incorporate facial recognition into it, too.

People looking for something to do in Las Vegas, Nevada, may put The Mob Museum on their lists. The attraction profiles the history of organized crime and law enforcement. It also now includes a facial recognition aspect that could get people more interested in seeing what The Mob Museum offers.

More specifically, the museum has a “Doppelgangster” part of its app that compares a person’s face to more than 800 individuals with organized crime connections. A user then gets results about which famous person they most resemble.

According to the museum’s president and CEO, that part of the app became the most-used feature after a month. Plus, it increased brand recognition, particularly when people shared the outcomes with friends.

Brick-and-mortar store managers make continual efforts to give shoppers engaging experiences and keep them coming back. Ruti is a 10-year-old brand from an Israeli fashion designer that caters to women over 35. It has stores across the United States and uses facial recognition in some of them to improve a person’s shopping success when they come into a store.

Once a person arrives, the system can show a salesperson a history of previous interactions, including evidence of what the consumer likes and dislikes. Ruti Zisser, the company’s founder, said the technology provides an elevated level of service. She also noted that it had been very good for business, but didn’t elaborate.

Many People Are Wary About the Growing Uses of Facial Recognition

Despite the examples above, marketing is not the main reason why many entities use facial recognition. They more frequently depend on it for security and surveillance, typically during large events, or in densely populated areas of cities.

“Private companies may look for facial recognition technology to offer an improved experience to their customers while offering a high level of security,” says Raphael de Cormis, VP Thales Digital. “Facial recognition for authentication use-cases is clearly offering the perfect balance between convenience and security. Which is key for online banking activities for instance as today online experiences should be as smooth as secure.”

“Getting access to your online bank account proving you are who you pretend to be thanks to facial recognition offers a higher level of trust and security,” he says, “combining excellent convenience and strong compliance – compared to traditional authentication methods. So yes, the techno is fully mature for remote authentication use cases.”

“In some cases, companies ask for it when it is not necessary,” de Cormis says. “In general better avoid using sensitive data collected for facial recognition purpose and use other biometrics solution instead, that can anonymize people for improved customer experience purpose some companies want to assess the fluidity of people movements in a shop/place.”

“For this specific need,” he says, “other techno exists that can analyze the silhouettes without focusing on faces – the info/data collected from it would help companies to understand the way people move and behave in a specific place without being too intrusive.”

Regarding the question in the title of this article, there’s no straightforward answer. The feasibility of facial recognition varies depending on how a particular company intends to use it. Is there a justified reason to adopt the technology? If so, the reasons for relying on it become more compelling.

However, marketers may need to take extra steps to ease public qualms. For example, the article from The Wall Street Journal about Walgreens using facial recognition explained that the company posted a privacy statement. It also stationed a “concierge” near each cooler featuring the technology so that people could get their questions answered.

Facial recognition for marketing deserves consideration. But it’s not the right choice for every situation.

Kayla Matthews
Kayla Matthews is a blockchain journalist and marketing writer. Her work has been featured on Bitcoin Magazine, Cointelegraph, Contently and Marketing Dive. To ready more from Kayla, please visit her personal tech blog at https://productivitybytes.com.
See more posts from this author
Previous How to be Nimble in LinkedIn
Next CRM System: Reasons Why It’s an Essential Asset for the Organization