By Our Recipes Shall Ye Know Us: Brent Leary

Editor’s Note: It’s that day again, the last Friday of the month, and time for a memory and recipe from a writer whose work you know for non-food-related reasons. This month it’s my friend Brent Leary‘s turn. Even though he dislikes the term “thought leader,” he is one!  Brent and I had mothers with a similar approach to vegetables. Enjoy.

My Story About Peas

As a kid, I hated peas.  Be it green peas or black-eyed peas, big peas or small peas, chickpeas or canapés – I just couldn’t get with eating peas.  Okay, who am I kidding, because I’m not really all that fond of them as an adult either, at least as a standalone dish.  Although now that I know canapés aren’t really a can of peas, I’m cool with them now…some of them at least. 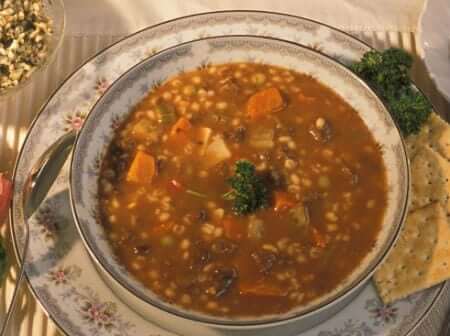 Growing up my dislike of peas actually helped me find my creative side, as I came up with various ways to trick my parents into thinking I was actually eating them.  There was the old napkin in the lap trick where I meticulously dropped peas in my lap – one at a time.  Then there was the other napkin trick – placing the napkin over the peas on my plate and acting like I ate them.  And of course there was the Mashed Potato Mirage, where I’d mash the peas and mix them into the potatoes, after eating enough of the potatoes to get a pass on eating the rest.

But when all the chips were down, and all my tricks I thought were working really weren’t, there was the war of attrition between my mother and me.  My go-to trick was to hold the peas in my mouth long enough for my parents to think I ate them, then get up from the table to go directly to the bathroom – to dump the peas.  But this one day my parents weren’t going for it, and put forth the ultimatum that I couldn’t get up from the table until I swallowed the peas.  Two hours later, with the peas in my mouth turning into a green mush, I admitted defeat, and swallowed.

Although I was defeated, my mother, in her infinite wisdom, knew she needed to find a better way to get peas into my body than to go through this episode every night.  So she decided to hide the peas in her homemade vegetable beef soup – which she knew I liked… especially with some Ritz Crackers crunched up.  But her true genius was to not ever tell me she added peas to the soup until I was older; let’s just say a lot older…

So here’s to my mother for making sure I ate right, and finding the right way to make me eat my peas.  And now I’m ready to eat some more of them.  Now where’s my bowl…and my Ritz Crackers!

Cook beef on medium high heat with garlic until meat is no longer pink. Drain and return mixture to the pot. Add tomato paste. Cook for 2 minutes until the tomato paste has lost its bright red color. Add all the other ingredients. Stir together, bring to boil, and simmer for 1 hour, covered. If carrots and potatoes are not tender, cook longer. Add more broth if needed. Soup should be thick.

Serves 4 as a main dish. Of course, fresh or frozen veggies can be substituted for the canned version! 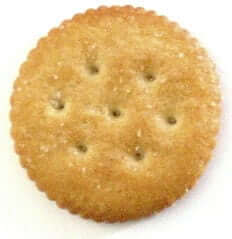 Brent Leary is Co-founder and Partner of CRM Essentials LLC, a management consulting/advisory firm focused on implementing strategies and technologies affecting profitability through customer relationship management. Leary received CRM Magazine’s 2004 Most Influential Leader Award along with his business partner Michael Thomas. He serves on the national board of the Customer Relationship Management Association as Vice President of Technology and as the Programming Chair of the Technology Association of Georgia’s Minority Technology Council special interest group.

Brent Leary
Brent Leary is Co-founder and Partner of CRM Essentials LLC, a management consulting/advisory firm focused on implementing strategies and technologies affecting profitability through customer relationship management. Leary received CRM Magazine’s 2004 Most Influential Leader Award along with his business partner Michael Thomas. He serves on the national board of the Customer Relationship Management Association as Vice President of Technology and as the Programming Chair of the Technology Association of Georgia’s Minority Technology Council special interest group.
See more posts from this author
Previous Brian Vellmure: And Then There Was One
Next 6 Tips to Rock Social Engagement on Facebook