I love when the apps I use have Twitter handles for support. I mean – absolutely love it. It’s quick, concise, and easy to use. Nothing new to learn on my end. I’ll head to a company’s Twitter page before I even try figuring out their complicated process for sending them an email.

Social media can be a truly effective customer support channel for any company out there. But you’ve got to remember a few things about it. 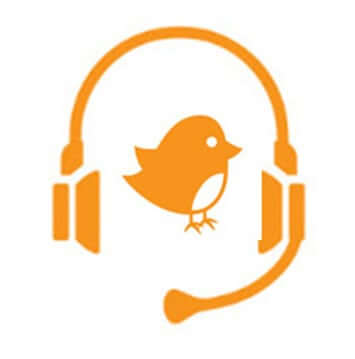 Typical turnaround time for most email support tickets out there is 24-48 hours. Of course, this depends on the company and all but that’s the typical standard I see, especially with the bigger companies. Social media sites like Facebook and Twitter have different expectations.

If I reach out for help, I’m looking for a pretty quick response. At 37signals, our team usually replies to questions on Twitter within a few minutes. Since the 140 character restraint means the questions are short, we can shoot back short replies quicker than the traditional lengthy email. The 140 character limit makes both the customer and you think about every character.

Social media both supports and promotes

Social media sites are very public places. You’ll get some mean-spirited Tweets your way. Be careful how you handle them in the public sphere.

There was an article earlier this year detailing what happened to Sir Patrick Stewart with his cable installation. Long story short, he couldn’t get Time Warner Cable out to install his new cable box and spent an agonizing 36 hours trying to get them to fix it. Finally, he posted on Twitter about the experience. The support team responded to that tweet within two minutes but the damage was already done. And instead of moving the conversation back towards a more private channel, they continued with public tweets back and forth the next day. Stewart’s fans publicly roasted Time Warner over Twitter.

On the flip side, your customers can help promote you easily on their own social media sites. When I see a company that’s active in helping their customers, I know I’m going to get good customer support from them. It’s one of the things I look for in new apps or services that I want to try out.

With our support, email is still de facto. It’s quick and easy, which is why it’s the standard for every support team out there. There’s still plenty of customers out there that don’t use social media. Don’t force them to use a channel just because it’s easier for you.

At 37signals, we even built a real-time app to see how people thought we were doing with our emails. We call it Smiley. That lets us see what each of our customers are thinking about the last email we sent them. It’s a great way to get a feel for what the customer on the other end is thinking.

Everyone and their grandmother has an email address. Use that to your advantage.

Just like anything else, it’s a tool that’s got to be used by someone on your team. If that person doesn’t understand customers, then that brand new Twitter account you just had them start won’t be worth anything.

Great support comes from great customer support reps. Hire the right people. They’re able to rock whatever tool you give them.

Chase is the guy behind Support Ops, a community devoted to bringing humanity back to the world of customer support. He works on the stellar support team at 37signals.

Chase Clemons
Chase is the guy behind Support Ops, a community devoted to bringing humanity back to the world of customer support. He works on the stellar support team at 37signals.
See more posts from this author
Previous Influence Marketing Beyond Social Scoring – Part 1 of the Danny Brown and Sam Fiorella Interview
Next Social Media in Business: Wake Up, Millennials! Looking for tips? We’re full of them!