Halloween is popular, Thanksgiving is trendy, and the New Year is a relief, but when it comes to the big holiday of every calendar year, Christmas wins out leaps and bounds above the others. This is true in nearly every walk of life, and the holiday on a social media site like Facebook is no exception. 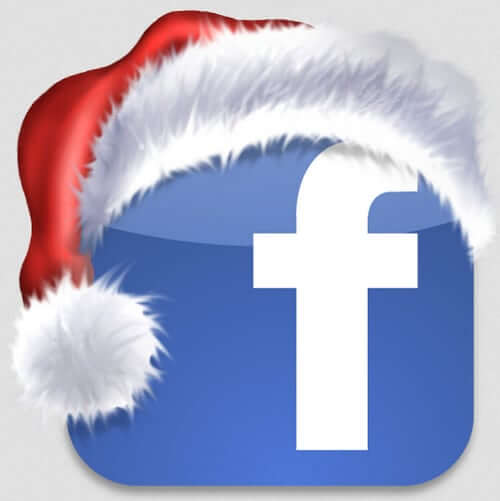 Playing to a Christmas crowd is a great way to develop a larger base, pick up some serious leads and subscribers, and to boost your all-around brand image as a giving, personable brand that’s full up with holiday cheer.

Hosting a Christmas promotion and getting into the season is a good option, but you can’t fly into it unprepared. If you’re identifying a Christmas theme rather than a holiday theme, you’ll want to make sure that you’ve thought this through. There is heavy competition among competing brands out there to create Christmas-themed stuff, so you’ll be just another face in the crowd unless you take steps to stand out.

How to Get Into the Christmas Spirit with Your Facebook Page

1: Start as Early as Possible

Starting off as early as you can doesn’t only give you ample opportunity to think of something truly creative; it also gives you an opportunity to put an entire system in place. You can get the Facebook tools you need, the mailing software and other aspects. You can ready landing pages, and prepare for the influx of traffic. Preparedness is just as important as the promotion itself.

You can also decide on what you’re going to give out as a promotion and what you’re expecting to receive in return. Do you want email addresses, Likes, comments, mobile numbers? Get this sorted out well before you launch a campaign.

Next up, you need to decide on your market. There are two aspects to touch on here:

Tailored, or one-size-fits-all? Are you going to try a scatter-shot, one-size-fits-all holiday promotion, or do you want to keep it niche-specific so that you’re attracting people most likely to do business with you? This all depends on your goals. For instance, if you’re just looking for fans, the former is a good option. If you want to generate leads and shove people into the funnel, then catering to a niche is the better play.

Be tactful and sensitive to your audience. You want to make sure that the market you’re catering to doesn’t mind it being called “Christmas.” Although you might believe it’s a very encompassing holiday, there are a lot of Muslims, atheists, and folks who celebrate Hanukkah, the Solstice or Kwanzaa instead. So maybe a “Holiday” promotion will work better for you than “Christmas.” For the purposes of the article, though, it will be simply be called “Christmas.”

The next step is to create a Christmas theme on your page. You want your page to reflect the season.

Try using Photoshop or GIMP to create a cool banner. You can throw in Santa, reindeer, snowmen, mistletoe, or a number of other holiday-based images to really make your brand page pop for the season. You can go for a funny look, or sentimental with vintage images. Carry this theme over to the different promotions you’re offering, and aim for consistency throughout.

4: Be Creative in Your Promotions

You really need to show some creativity here. Offering a Christmas coupon for 30% off with a picture of a Santa hat isn’t going to cut the mustard here. Not only is it lazy, it’s also old hat. Pun intended. What you need is some type of interactive promotion that people can participate with, and it needs to give away something of real worth.

There are numerous examples of successful promos that have returned huge gains to the companies that create them– and are now an annual tradition. A prime example is OfficeMax’s Elf Yourself campaign, which debuted in 2006. Now regularly clocking hundreds of millions of Elves created each season, an important takeaway is when Bob Thacker, OfficeMax’s SVP for advertising and marketing contracted the agency Toy, his budget to create 20 Elf Yourself sites was less than the cost of one 30-second television commercial.

For your promotion, think about a cool hide-and-seek game with Frosty, akin to Where’s Waldo. Think about apps that deal with Christmas trees and presents, elves and other holiday-specific items. You could even run hashtag contests for the best Christmas slogan or photo contests for the best worker elf (a la The Walking Dead and its Zombify promotion). Just be very creative and make sure you’re playing directly to the season.

5: Be a Very Giving Person

Now that you know what type of promotion you should run, you should focus on what you’re going to give away. Remember that it’s Christmas. Spending $500 for a new iPad to give away is going to attract hordes of people. Every Jane, Jimmy and Johnny is looking for presents for their loved ones, and a chance to win an iPad when all they have to do is enter their email or their phone number – well, you can expect a huge turnout!

Don’t worry too much about the investment, though. Let’s say that with the gift, advertising and time combined, you’re spending $1,000 for the promotion. Out of it, though, you get 2,000 entrants. Out of those 2,000 new emails you’re sending out, you might convert 5% to customers. If each of those 100 customers decides to spend $50 with your business, that’s a whopping $5,000, which is five times your initial investment. Plus, you’re gaining many more fans, repeat customers, and potential customers with the rest of your subscribers.

Given the information directly above, you should definitely pay for advertising. Those 2,000 entrants might turn into 10,000 with the right advertising. With the help of an ad-management app, you can test and target ads for optimum reach and effectiveness. You can even find a Facebook ad coupon to save money in the process.

Paid advertising is always going to exceed even the farthest organic reach, so it’s well worth it for such a promotion.

Christmas only comes around once a year, so it’s important to get into the holiday spirit while you can. Being creative and generous is going to attract a ton of people to your brand. Even the ones you don’t convert as customers — you might still be able to keep them around as fans. They may eventually become customers, and in the meantime their friends find out about your brand, as their friends, and so on. It’s a win-win situation.

The article was written by Craig Robinson, a social media enthusiast and professional writer for Qwaya, a technology company specializing in Facebook marketing.