You may be jetting to faraway destinations for your midyear holiday, but social media site developers have stayed busy adding features to their venues.

A new mobile experience from Twitter. Better Facebook group tracking. YouTube anonymity capabilities. And a fresh new look for LinkedIn desktop and mobile. While the rest of us are booking flights and cruises, tuning up the car for a road trip or mapping out the details of a stay-cation, your social media sites are adding features and upgrading existing ones. Here’s a look at some of this summer’s changes and how they can benefit your social selling efforts. 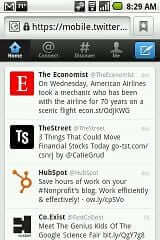 In an effort to make Twitter as lean and mean and consistent as possible for all users, Twitter has redesigned Twitter for Mobile Web. Users of feature phones, low-bandwidth networks and older browsers can now enjoy the same revamped interface that Twitter introduced in December 2011.

Benefits for social selling: You can cater to specific audiences. Followers get fewer, more relevant Tweets. Helps you share the right message with the right groups.

YouTube is one of the first companies to provide mass-market tools that provide anonymity for individuals in published photos.

Benefit for social selling: Enables more opportunities for engaging customers and prospects through video posts, since you can block unauthorized images.

LinkedIn is rolling out its redesigned home page in waves, so you may not be seeing it yet. But it’s a smart upgrade. Your new default view will display your top updates based on your profile and interests (though you can easily peruse all of them if you’d rather). Top articles now blend into your updates stream instead of appearing at the top.

There are some cosmetic changes, too, like a retooled navigation bar and larger images in your article updates. 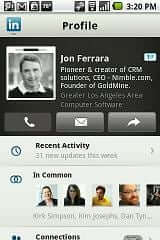 LinkedIn’s smartphone and iPad apps aren’t brand new, but if you haven’t explored them yet, you should. LinkedIn’s strength as a business networking site makes it the go-to venue for in-depth mobile contact updates.

Benefits for social selling: Moves critical updates – both news and contact-generated – to the top of your feed, so you aren’t as likely to miss opportunities for relationship-building with your most promising prospects.  Mobile apps give you the skinny on people you meet with when you’re out of the office, for example, getting you up to speed quickly on new and potential customers. 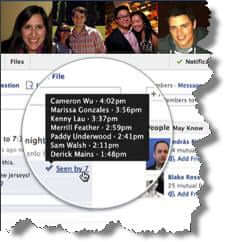 If you’ve launched or participated in Facebook Groups to develop relationships with customers and prospects, it’d be really helpful to know whether your messages are being read, and by whom. Facebook now gives you that information. Look for the check mark under a post next to Seen by (#) and hover over it to see who and when.

Benefit for social selling: Obvious. You can plan your follow-ups with the most interested parties.

Previous Specialty Forums: Zero in on Your Target Market
Next Low on Leads? Revamp Your Landing Pages