By Our Recipes Shall Ye Know Us: Alyson Stone, Nimble Team

What’s more social than food? Nothing. No matter who we are, what part of the world we live in, what generation we belong to — eating is one of the most social things we do, and one of the most important ways we have of relating to others. Food is a universal language, a conversation starter, an important way to engage even with strangers.

With that in mind, on the last Friday of each month we’ll share a food memory and recipe with our audience — from our team members, thought leaders, and customers. Next month you’ll be enchanted by Shep Hyken, and you’ll undoubtedly like our March mystery guest’s memoir, too. I’m starting us off with the first one, all the way from the 1950s. 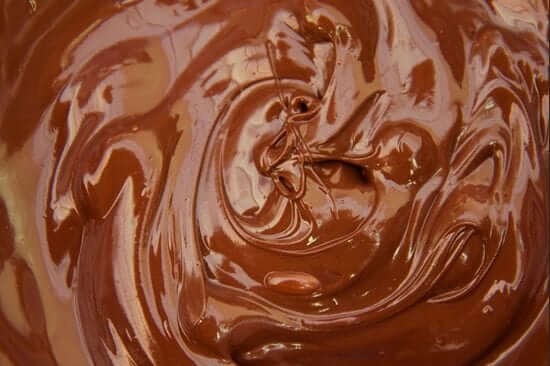 In my first decade, when you went grocery shopping, there was not a 50-foot aisle of cereal. You had a choice of about ten kinds in the average supermarket. And if you wanted cocoa powder, the choice was — Hershey’s. In the 21st Century, Hershey’s now has a few competitors, a great social team, and a lot of pizzazz, but I don’t need anything but my memories to keep the Hershey brand unbeatable. Here’s why.

My mother used to make the best fudge—real fudge, not that soft stuff. Her fudge had a sturdy consistency, a “sheer factor.” She would cool the cooked chocolate mixture down to almost room temperature, letting the butter melt and just sit still, and then beat it with a wooden spoon. At a certain point, the mixture would begin to lose its shininess, take on a sort of matte sheen, and get really hard to stir. This was the critical moment of truth—getting it into a pan and smoothed over before it completely seized up. With success, sighs of relief. With failure, oh, well, we could always mix the bits into ice cream.

My mother was a world-class hostess all her married life. In 1957, entertaining wasn’t anything like today. A cocktail party meant pretty dresses, dancing, Nat King Cole, and liquor. No girlie cocktails for my mother and father; they preferred Scotch, martinis, and after dinner Drambuie. There was smoking, laughter, and a high time was had by all.

Sometimes my father would flambé something. Once he put on a wonderful performance for a sleepover with my girlfriends. Flaming peaches, I think. It was awesome. I was the envy of the sixth grade.

Anyway, back to fudge . . . I was always an early riser, but on Sunday morning after a cocktail party, it was like an archeological expedition. I would wander downstairs, where the normally tidy living and dining room were a strange landscape. There would be the evidence of the bacchanalia. These clues were always enticing. Glasses containing strange olives, cigarette butts tipped with vibrant colors, my parents’ party shoes, records naked on the hifi. The whiff of foreign tobacco. And, if fate was smiling on me, there would be some fudge left over.

Fudge for breakfast had to be one of the most forbidden of pleasures. At 6:30 on a Sunday morning, there was no chance that anybody would catch me. I could put on my mother’s shoes, find a suitably untouched cigarette butt, grab some fudge, and pretend to party. I feel very fond of that girl as I watch her trying to act like a grownup.

Sometimes I think of those times and it seems like “before.” Just around the corner was so much national pain and strife, and a whole generation of baby boomers was about to take the stage. But just then, all that was unimaginable.

It was a mid-century childhood. And there was fudge.

With a wooden spoon, mix sugar, cocoa powder, and salt together well in a large, heavy saucepan.

With the same wooden spoon, gradually stir in milk while heating the mixture. Raise the flame while stirring constantly, so that the mixture comes to a full, rolling boil.

Cook until the temperature registers 234 degrees Farenheit on a candy thermometer. You can also tell when the mixture is at the right temperature by letting a drop of the hot liquid fall into a glass of icy water. If it forms a very soft, flattened ball, it’s done.If you are using the thermometer, be sure that it doesn’t touch the bottom of the pan.

When the fudge is at this “soft ball” stage, remove it from the stove. Drop in the butter and vanilla. Now, don’t stir it; leave it alone until the mixture is lukewarm. This requires willpower, but it’s worth the wait.

Beginning beating the fudge with a wooden spoon. After 10-15 minutes, you will see it begin to get hard to stir and lose some of the glossy appearance. Don’t be impatient.

When you see this change occur, quickly spread the mixture into a buttered 8-inch square pan. Let it cool completely if you can hold off that long. Store leftovers in foil. (That was just for show; there are never leftovers!)

Alyson of Nimble
Alyson Stone is Director of Content Strategy for Nimble, and a frequent contributor to the blog.
See more posts from this author
Previous The New Social Sales Playbook
Next Humbled and Proud: Nimble Wins 2013 CRM Watchlist