How To Sell To The Point In Sales 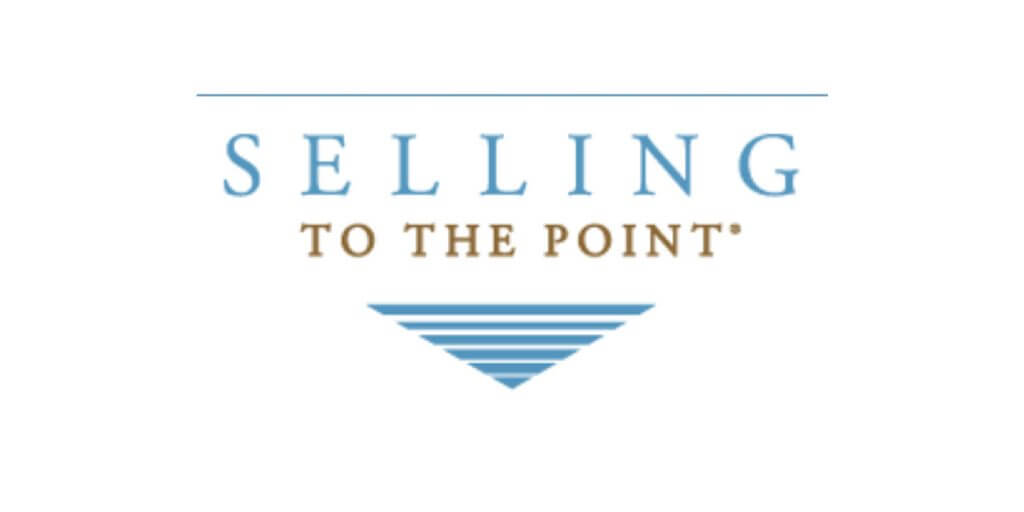 The book that we are highlighting on our blog this month is Jeffery Lipsius’ ‘Selling to the Point’. Written as a story, this book reveals what buyers really need from salespeople in this new world.

If you are not a fan of a traditional “how-to” sales guides, you will be pleasantly surprised how fun reading ‘Selling to the Point’ is. Jeff’s book is not written strictly for salespeople. It will be immediately beneficial to anyone who wants to more effectively influence the decision-making of others.

‘Selling To The Point’ introduces a new approach to selling. It starts by showing salespeople how to be conscious instead of self-conscious. It explains the principles, mind-set, and techniques necessary to influence customers at the point of their decision process. Jeff teaches us that the richest source of information for salespeople comes from their dialogue with customers. We learn that the only place and time that selling counts is at the point of interaction between salesperson and customer.

[Tweet “The richest source of information for salespeople comes from their dialogue with customers.”]

One of the reasons that led Jeff to create his unique concept was the fact that none of the sales seminars he has attended, and none of the sales training books he has read through his career, offered an approach that he would feel comfortable passing onto his own students. He has come to understand that traditional sales training missed the point of selling. Jeff distilled the ideas about selling down to only ten simple laws. He believes that if salespeople learn them, they will not only become really successful salespeople, but will also love what they do.

The Point of Selling Isn’t Selling. The Point Of Selling is Buying

We learn about the ten laws of selling through the main character in Jeff’s book, sales trainer Rick. The very first law sets the foundation for the entire ‘Selling to The Point’ system. It reorients salespeople to where their priority really needs to be. Salespeople’s success is determined more by their customers’ buying performance than by their own selling performance. The point of selling is about the customers’ buying.

‘Selling to the Point’ system helps salespeople concentrate on the most important part of the selling process: their customers’ internal buying conversations. 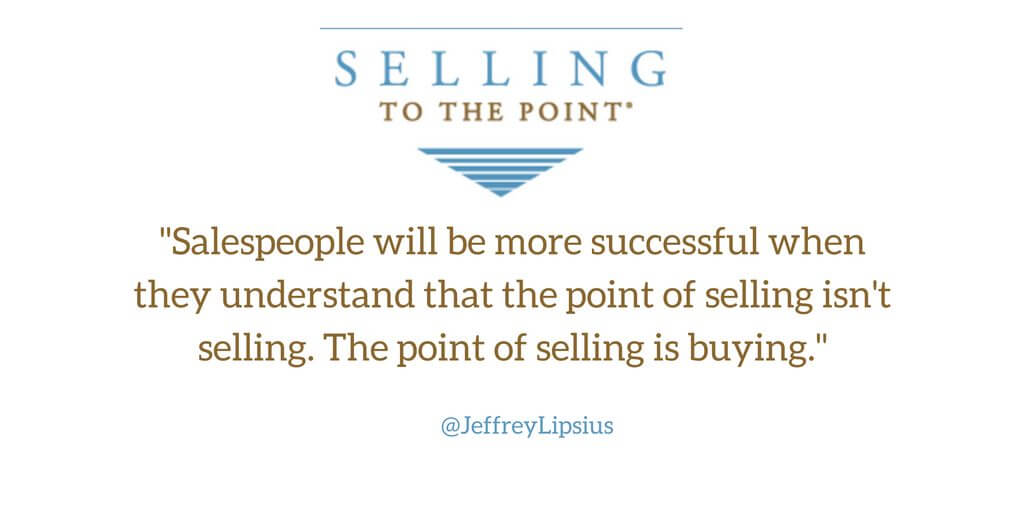 The salesperson’s role is to be the customer’s decision coach. We learn more about this second law of selling through Rick’s conversations with some of the other fictional characters at Essentials, Inc. They themselves explain how the new selling techniques they were taught at Essentials differ from those traditional ones they were exposed to before. One employee shares how she was always drilled into that selling is about control and that she was supposed to control the conversation from the beginning to the end. Now, she is focusing on playing the role of an advisor and helping her customers make the right decisions.

“If you’re a customer, your reason for speaking with a salesperson is that you believe this salesperson will help you make a better decision. When salespeople share this goal, they work with customers as a team. Misunderstanding occurs when salespeople have a different goal than their customers have. The negative stigma people associate with the selling profession originated from a history of salespeople and customers not sharing a common a goal”, writes Jeff.

The Decision Process is an Internal Process For The Customer

The third law of selling we learn about throughout this book is that decision making is an internal process for the buyer and should remain that way. “Sale’s real test is determined by what takes place after the salesperson leaves. Much of a salesperson’s success depends on a customer’s decision making in the salesperson’s absence. Just about every company with a product or service relies on its customers to independently perform after the sale is over. This performance could be in the form of reusing, reordering, referring that product or service to others, or remaining loyal when approached by competitors. The customer’s decision to reuse a product takes place internally, without a salesperson around reminding them.”

The customer’s decision making being an internal decision is a very important point and might be a direct contradiction of what many people think. Most of us have probably heard the saying about people buying from people they know, like, and trust. Jeff Lipsius, on the other hand, is telling us that salespeople actually tend to overestimate the influence they have on their customers’ decisions.

“With internalized decisions, customers will take full responsibility and ownership for the decision’s success. Salespeople should want their customers’ buying decisions to be made as internally as possible”.

Here’s an extract from Jeff’s book explaining further: “I think customers buy primarly because they feel the product or service will be best for them. Their opinion about the salesperson plays a minor role. In fact, there’s a general tendency for people to feel overly responsible for the actions of others. I think it’s only human nature to do so. We all tend to overestimate the role we play in what people around us say and do”.

Jeff believes that salespeople should focus mainly on the customer and not themselves because if customers aren’t aware of their internal wants and needs, they can’t know how the salesperson’s product will satisfy those wants and needs. If customers know exactly what they need and why they bought, they will feel much better and more confident about their buying decisions and will more likely reorder and recommend services to others.

All ten selling laws we learn about in this book are interconnected. The fourth law of selling builds on laws #3 and #2. As we already discussed above, Jeff believes that customer’s decision-making process is internal and therefore salespeole should be focusing their attention on the customer. “It’s a fact that a salesperson won’t get a sale unless the customer first decides the salesperson will be getting the sale.”

The most successful salespeople are those whose customer base consists of the best decision performers. The interference preventing that customer from achieving his or her decision-making potential almost always comes from the customer. The salesperson’s actual role is to be the customer’s decision coach. The coach is on the sideline, while the customer does the actual decision making. The best salespeople are great listeners and observers.

This post could easily keep going and get into all the ten laws of selling from ‘Selling To The Point’. However, reading Jeff Lipsius’ book in full might be much better idea as he does a great job explaining complex concepts through simple storytelling making them easy to grasp. All his characters are extremely relatable making this read enjoyable while learning a lot about the selling profession. As mentioned in the introduction to this blog post, Jeff’s book is not only for salespeople. It will be useful for anyone who wants to become more effective in influencing the decision-making of others.

Michaela Underdahl
Michaela is passionate about customer service, influencer marketing, everything PR-related, and community growth. In her downtime, Michaela loves to read, travel, try new foods, and practice Ashtanga yoga. She tweets as @MichaUnderdahl.
See more posts from this author
Previous How To Simplify Your Content Strategy
Next Why Listening To Your Customers Matters