I met my husband in a Dale Carnegie Class.  We’d been in the class for weeks together without really speaking.  I only knew him from his quietly intense speeches and my sometimes envy, sometimes admiration for winning what I think is the most pens for having the best talk in the class.

We didn’t really get the opportunity to speak until session eight or so —  just over half way through the thirteen session series.  It was a short exchange “Oh, are you from Pittsburgh?…I’m from Pittsburgh!”  He said.  “Oh”  I said.  (That’s about 87 characters in case you were counting).

But the Tuesday before Thanksgiving we had a real conversation; one that started with 87 characters and has grown into the family we have today. I’m telling you this because there was a moment inside this very first exchange where I considered blowing him off and he never would have asked again.  At that point, our timeline would have ended and I would be leading a completely different life.

OK,  so I didn’t meet my husband on a social media exchange.  But that was twenty years ago and given the work I do and how I meet people, this same exchange could have happened on LinkedIn, Twitter, Facebook or any other social media channel.   And if I wasn’t paying attention to the conversation – I would have missed a life-defining relationship.

And this is what brings me to Nimble.  I think it was Jon Ferrara that contacted me and told me about Nimble when it first came out.   I was immediately engaged in the possibility of nurturing the thousands of relationships that were flowing past me in digital streams.  I knew that if I could master this, I would insert a powerful leveraging tool in the growth of my business and business relationships.

But that isn’t what happened.

Other apps got in the way.  Nimble’s seemingly greatest feature, the ability to see all these digital conversations in one stream, didn’t stick with me.  I was stuck on Gmail and its  ability to turn conversations into tasks, file them away and all those things you do with email.  I was also addicted to HootSuite.

It was a double-edged sword for me.  I had established certain behaviors and habits around these apps and the jumping from app to app that obviously had its payoffs.  And even with the best of intentions and my admiration of Jon and my dedicating to helping – I stopped using Nimble.  It was just one more app to jump to and I guess it was one app too many for me.

Then something interesting happened.  I received a thank-you email from Jon Ferrara.  I had introduced him to some business friends and here it turns out they formed a relationship.  Jon not only sent me a note, but tweeted it.  When I saw it, guess what I did?

I wrote back and thanked him and said “HEY!  I fell off the Nimble bandwagon.  What’s new with Nimble and how do I get started again?”  This quick email exchange had an opportunity nested in it.  Jon took it on and we started scheduling short weekly skype conferences over the weekend I would ask questions, and he would show features.  I was up and running again!

Does any of this sound like what you’ve been living through?

Well then, you’ll want to sit right down here with me and follow along this series of articles as I share my experiences, successes and failures all around Nimble.  Together, we’ll turn into Nimble relationship nurturing, business building masters.

What I love about Nimble as of day 23

Don’t just delete it because you’re busy!  I know about this because I’ve done it.  Nimble has a magical neural algorithm that will select just those people that you should probably take a special look at and deliver them directly to you.  Not only that, but you can respond right in your email.

Here let me show you:

Make the Most of Your Nimble Daily Emails

This  is the Nimble Daily in my email.  It shows me what I call “just the special people” that Nimble has decided to show me because it thinks they match my interest and profile best. 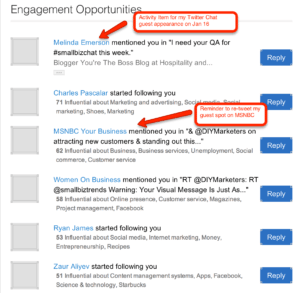 Another cool feature is that Nimble pulls their Klout score and the areas that they are influential in so that I can see how active they are in social media.  Now this is an important indicator for me because I know that my best relationships are with people with higher scores – but that may not be true for you. 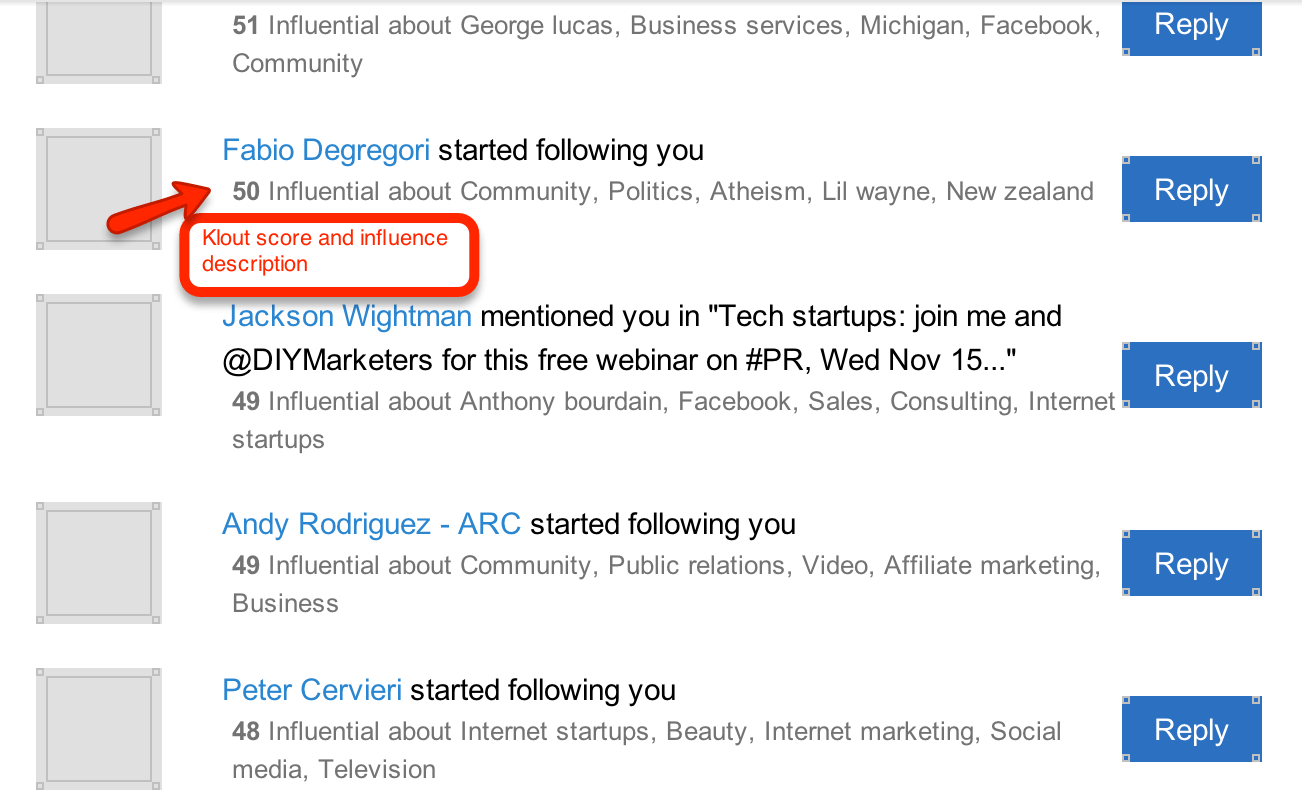 Here, I’ve decided to respond to Peter with a personal message.  Based on my Nimble Daily email, I clicked over to his blog and read his most recent article and commented on it.  This took all of 5 minutes – most of which was spent reading the article. 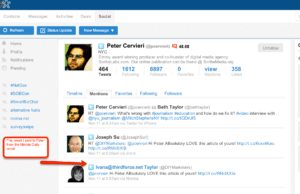 This is just one example of how I use my Nimble daily.  I have to say it’s by far my most favorite feature right now.  But stay tuned to see what other cool tricks I learn as I go through my Nimble journey.

What’s been your Nimble success strategy, Nimble struggle or Nimble story?  Reply here in the comments and join our journey and conversation.

Previous New @Nimble #CRM App for @HootSuite Closes the Loop on #SocialSelling
Next Did You Hear? @Nimble is Hiring a UX Designer