Interview with Jon Ferrara on Nimble, The Microsoft Accelerator, And The Cloud 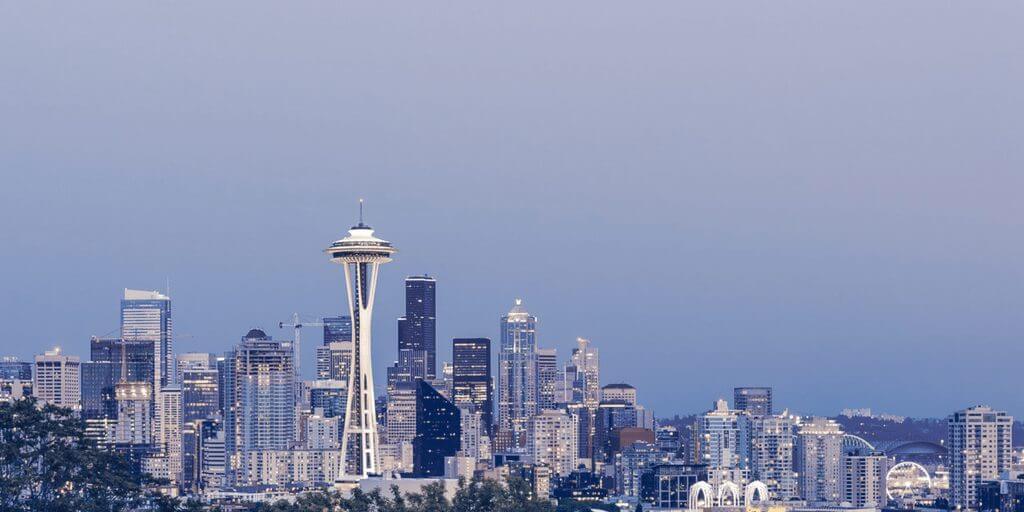 Benjamin F. Kuo recently published an interview with our CEO Jon Ferrara. They talked about Nimble being selected by Microsoft to join its Seattle Accelerator portfolio of innovative and enterprise-ready startups, how Jon got involved with Microsoft to begin with and about where cloud adoption is at today and where it is headed.
We really enjoyed the interview and we hope that you will as well:

Jon Ferrara was co-founder of Goldmine software, a huge customer relationship management (CRM) provider which he built into a $100M business in the PC age, and is now working on doing the same thing in the age of the cloud, with another CRM startup, Nimble (www.nimble.com). Most recently, Nimble was accepted into Microsoft’s Accelerator, aimed at taking companies and scaling them through Microsoft relationships. We caught up with Jon about the company’s entry into Microsoft’s Accelerator, and also got his thoughts on how the world is different this time around for his latest CRM startup. Nimble’s software connects to your email, social accounts, and more, and helps you track your customers, sales prospects, sales pipeline, and much much more.

Congrats on being accepted to Microsoft’s Accelerator. Tell us a bit about what you’re hoping to do there?

Jon Ferrara: The thing the Microsoft Accelerator does, is it tries to identify startups that are really enterprise ready, and ready to scale. They typically don’t invest in companies that are in the startup phase. Instead, they really focus on companies that have between $2M to $10M in revenues, and have already raised between $8 and $15M. They’re really looking for enterprise-ready companies, who are innovative, and ready to scale, and who are really aligned with what Microsoft is trying to achieve with their customers and products. It’s really an exciting alignment between what we’re doing, and what Microsoft is with Office 365 and Azure.

How did you get involved with Microsoft?

Jon Ferrara: I’d like to tell you a little story on how I scaled Goldmine in Canoga Park, bootstrapped with $5,000 without a dime of venture capital. Imagine, if you will, the marketplace before there were things like Outlook and Salesforce. There were barely network applications at the time. Businesses were hooking up their PCs with things like Novell. That was the operating system of business at the time, Novell. We built the first, networkable contact management product, Goldmine, to run on top of Novell. In order to bring our product to market, rather than to try go into direct selling ourselves, or trying to create a market by advertising–which we didn’t have the money to do–we started cold calling Novell resellers. We were able to bootstrap Goldmine through Novell.

That brings us to Microsoft. Microsoft doesn’t innovate, it goes out and iterates, and comes into markets when they are big enough and they’re able to leverage their big base of users, and thousands of resellers and distributors to dominate a market. They did that with NT Server. Microsoft didn’t have a network OS, until Novell built a market for it, and ate Novell with NT Server. What we did is we shifted to Microsoft resellers, because our customers were telling us that although Goldmine was built on a database that was affordable and easy, it didn’t scale to millions of records or hundreds of users. They told us it wasn’t enterprise ready. They asked us to integrate it with NT Server, SQL Server, and Exchange Server, so that it would be an enterprise product. That allowed us to deliver a scalable solution for our customers. In addition to adding $10 in sales for every reseller, what was most important was we became the number one ISV in NT Server, SQL Server, and Exchange. We soon had Steve Ballmer doing his monkey dance at our conferences every year.

Anyway, the reason I am telling you this story, is we’re seeing history repeat itself.

Jon Ferrara: When Nimble started, there was no Office 365. Businesses in 2009, 2010, and 2011, when they wanted to start a business, they didn’t buy a Novell or use Exchange. Instead, they got WiFi and connected their computers to the cloud. They used Gmail and Gsuite for email and calendar. They didn’t have to buy a server or anything. As I said before, Microsoft doesn’t innovate, it iterates, and waits until the market is big enough to leverage billions of users, and 100’s of thousands of resellers. That’s why they then created Office 365. They now dominate the market. A few years ago, 90 percent of our users on Nimble were on Gmail and GSuite. Now, more than half are on Office 365. If you look at the numbers, there are 160 million plus Office 365 users, billions of users, and 100 of thousands of resellers. Microsoft has really come to dominate this area. We’re in the adoption phase. Some businesses are using cloud, but most are not. As business onboard to the cloud for email, they’ll eventually move there for servers. When they do, they will end up in the Microsoft bucket. Back in the day, no one could fail if they bought IBM for computers, and Microsoft for software. There’s lots of those companies who still drink the Microsoft Kool Aid. We’re hoping to do with Nimble what we with Goldmine. If you are in business today, before you get a website, before you get email, you get Gmail, Gsuite, or Office 365. That’s why Microsoft picked us for this platform. In the same way Goldmine drove adoption for NT Serve, SQL Server, and Exchange, Nimble will drive demand for Office 365, PowerApps, Microsoft Flow, Power BI, and soon even Dynamics and Sales Navigator. It’s quickly becoming the gateway drug, the third-party product that drives first party adoption for what I think is the crown jewel of Microsoft, Azure. If you think about it, Exchange Server is Office 365, NT Server is also Office 365, and SQL Server is essentially Azure.

Nowadays, you can’t go one day without hearing about companies getting hacked. Equifax, Deloitte, Bitly. I think most companies wanting to put their servers somewhere more safe and secure are going to end up in Azure. Although many companies like us have used AWS, Azure is much more than the server and the cloud. It’s development tools that Microsoft people know how to use, and the cloud is much more safe and secure behind their own firewalls and servers.

Michaela Underdahl
Michaela is passionate about customer service, influencer marketing, everything PR-related, and community growth. In her downtime, Michaela loves to read, travel, try new foods, and practice Ashtanga yoga. She tweets as @MichaUnderdahl.
See more posts from this author
CRM
Previous A Nimble Expert Mashup: How to Get Focused & Get Results in Social Sales
Next 4 fatal app marketing mistakes and how to avoid them