How To Schedule A Meeting With Anyone

Have you ever heard somebody saying “It’s impossible to get a meeting with him!”? This person could have been talking about a high level executive, an influencer, or perhaps a celebrity. Wall Street Journal cartoonist Stu Heinecke claims that these impossible-to-reach people might not be so impossible to reach after all.

“What is a cartoonist doing writing a book about selling to people?”, you might ask. Heinecke answers this question himself right in the introduction to his newly published book “How To Get A Meeting With Anyone”.

He is actually a business owner and a hall of fame-nominated marketer. When he first started his marketing agency years ago, his first two marketing clients were the Rolling Stone and Bon Appétit magazines. Heinecke explains that these were prestigious clients and sophisticated marketers and he had no other choice than to deliver. Not only did he deliver but his first two campaigns set new response records. He knew that, in his own words “he’d struck upon something truly special, something he needed to introduce to the rest of the magazine industry”. But how do you reach those decision makers? 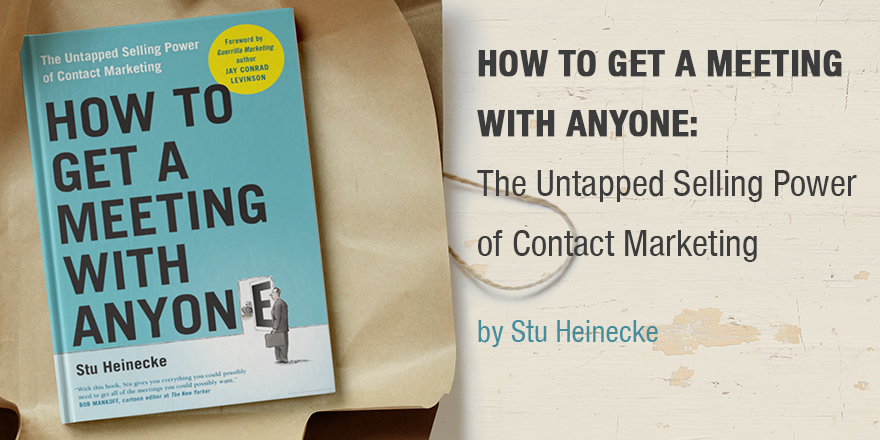 In the foreword to his book, Jay Conrad Levinson, the author of the best-selling marketing series in history, “Guerrilla Marketing“, explains that Heinecke discovered Contact Marketing when his business was already doing well, but he was looking into breaking the ice with the rest – the impossible-to-reach VIP prospects.

Jay says that Heinecke had a plan that worked brilliantly! He experimented with various forms of cartoons, each personalized with the names of the prospects. These ranged from framed and unframed prints, coffee mugs, stretched canvas prints, and more, all packed with a well-crafted letter. And he started seeing immediate results.

Not only did he break down the barriers to entry throughout the publishing industry, but he also started generating similar results for clients. Before long Heinecke was creating contact with heads of state, celebrities, top-level executives, and key decision makers with ease.

What Is Contact Marketing? How Is It Different From Sales Promotion?

Contact Marketing is a fusion of marketing and selling. Contact Marketing could be considered part of the sales promotion mission, because the goals for both are to increase sales volume. The main distinction from sales promotion is that it focuses only on the most important prospects, and only on producing direct contact, for sales or alliance building.

Fancy definitions? Here’s one to write down straight from Mr. Heinecke’s book: “Contact Marketing is the discipline of using micro-focused campaigns to break through to specific people of strategic importance, often against impossible odds, to produce a critical sale, partnership, or connection. A Contact Campaign is an instance of usage of Contact Marketing.”

That’s all cool.. But what’s the ROI?

Heinecke’s contact marketing has generated response rates and return on investment that have been considered impossible. In his book, he offers step by step guidelines showing that anyone can use his Contact Marketing strategies to create explosive growth in their businesses, regardless of their size.

Do you remember how we mentioned that after killing it with Rolling Stone andBon Appétit magazines, Heinecke decided to keep going and sell to the rest of the magazine world? He created a targeted list of the 24 biggest names in the industry and decided to print personalized cartoons suitable for framing and personalized with the recipient’s name, and send it out with a letter.

His total spend was less than $100 (which he says was way more than he had invested in his previous “Contact Campaigns”), but reached and sold to all of his targets. After this outreach, his small freelance business had a roster of clients that included Time, Inc., Forbes, Harvard Business Review, The Wall Street Journal, etc. All paying up to $25, 000 per assignment. He says that he has never calculated the exact ROI on this particular campaign, but humbly states that it must have been in millions of percent.

If you told anybody that the response rate of your marketing campaign was 100 percent and you generated millions of percent return on investment, they (most certainly) wouldn’t believe you and would think you’d gone mad, because things like this are not supposed to happen. The amazing thing about Heinecke’s campaigns is that it has happened to him many times since.

In the introduction to his book he describes how he produced an invitation to the All-Star Game for the NHL that caught President Reagan’s attention. He liked the personalized cartoon so much that he requested additional copies to be framed for his personal study.

What Will I Learn Reading This Book?

How to break through the ice with anybody you want to connect with. Including tips on why and how to turn the executive assistants of the top decision makers into your allies.

How to create profile for each person or group of people you will be contacting.

How to develop a killer value proposition and express it in just a few seconds.

How to create campaigns that will over achieve your wildest predictions and help you land deals of your life.

Ready To Dive Into More Details?

The book is available on Amazon. 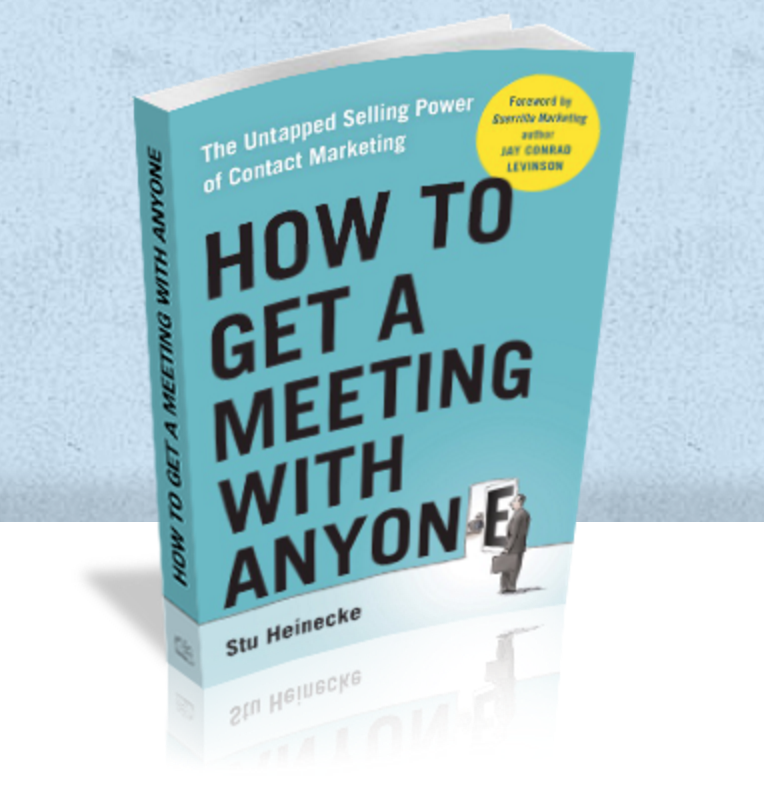 Michaela Underdahl
Michaela is a Community Manager at Nimble. She is passionate about Customer Service, everything Social Media and growing our Nimble community. She tweets as @MichaUnderdahl.
See more posts from this author
Previous The 4 Keys To The Profession of Sales
Next How Social Fits Into CRM And The Importance Of Relationships