Cities With the Best WiFi 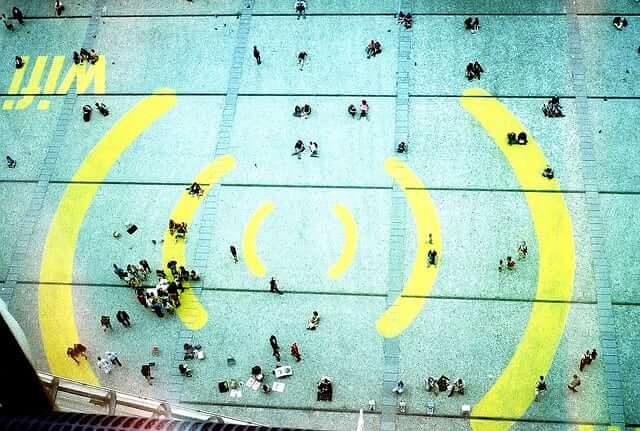 There was a time when businesses had a one-way relationship with customers when it came to advertising. The business would place an advertisement in a magazine or newspaper or on a TV or radio show and then wait to see whether the customer would come into the store.

Those days are long gone. With the growth of social media businesses enjoy much more of a two-way ability to communicate with customers in advertising. And with Wi-Fi being available almost everywhere these days, social media communications and advertising are almost a 24-hour endeavor.

A business that isn’t working with the consumer who’s on his or her smartphone constantly, connected to the Internet and social media via Wi-Fi, is falling behind its competitors. Think about where you see Wi-Fi usage in today’s society:

By making use of Wi-Fi with a smartphone, customers are able to download data for free, rather than racking up data against their cellular contract. So businesses that offer customers free Wi-Fi likely see an influx of customers using their smartphones inside the business.

Several years ago businesses that offered Wi-Fi to customers, or even Wi-Fi offerings in places like hotels or airports, typically carried a usage fee. That’s no longer the case for the vast majority of Wi-Fi connections inside businesses, which are almost always free these days. Business owners may need to employ a third party to help with setting up and offering free Wi-Fi for customers, but it can provide a significant advantage.

Not only is offering Internet to customers via Wi-Fi important for businesses, but the ability for the business to make use of its own high-speed Internet networks is important as well. A survey of economic development professionals showed that 90% of them said that access to minimum Internet broadband speeds of 25 to 50 megabits per second in a city is needed to convince new businesses to locate there. And 25% of those surveyed said 1000 megabits per second Internet speeds actually would be needed to continue to draw new business in the near future.

As shown in the infographic more than 85% of American adults have access to the Internet, and many of them are using high-speed connections. With a growing number of those people making use of smartphones and Wi-Fi, businesses must be ready.

While in the past the business only really connected with customers when they entered the store, things have changed dramatically now. The ability to connect with customers via social media gives businesses a two-way tool they’ve never really had before, connecting with customers anyplace and at any time over Wi-Fi connections.

Felicity Dryer
Felicity Dryer is a freelance writer based in Los Angeles, California. Originally a health writer, she has begun to branch out into writing about technology, which has been a passion of hers since she was young. In her free time, she enjoys hosting game nights with her friends and spending her warm days on the beach.
See more posts from this author
social business
Previous Using Promotional Products To Build Relationships With Customers
Next How To Avoid the Marketing Budget Chopping Block