Brands Have No Borders

“What happens in Vegas stays in Vegas”… oh really! I would like to offer to the court (of social judgment):

The fact is, the hyper-digital, uber-connected world that we live in today has ensured that nothing stays where (or when) it happens. I make this point because it would appear to me that there are still brands today who just don’t seem as convinced about this as others. 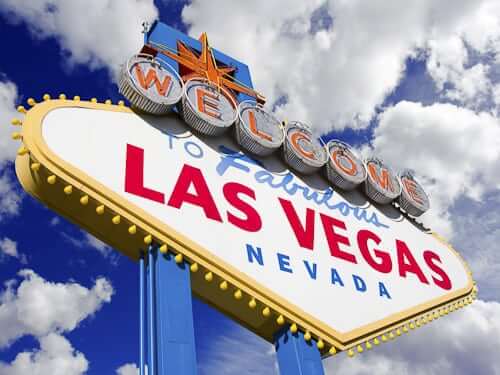 Walmart, for example, has been the victim of media pointing out how damaging its presence is for the economy of any locale in which it operates. Now, the majority of these stories are not really news.  More recently, we are seeing how decisions made at micro/local levels are impacting Walmart on a macro scale.

Recently, in Kemptville, Ontario (Canada), a Walmart employee was allegedly terminated for calling the police when a customer left their dog in a hot car for more than ten minutes. (Note: There is currently a heat wave in Southern Ontario.) As localized as this story is, it has now reached the CBC, Gawker and Change.org. The Change.org petition includes, among its over ten thousand signatures, some from as close to Kemptville as Ottawa, and even further including the states of Georgia and Connecticut. Having my roots in the Ottawa Valley, I can assure you that Kemptville doesn’t always get this kind of attention!

Washington, DC, on the other hand, certainly gets more visibility. And, as some of you may know, Walmart was garnering more media attention there as well! While the DC populace begins outlining a living wage for all its residents, our friends at Walmart threaten to stop the building of six stores in the DC area because “they’ve felt blindsided by the potential new policy”. Of course a business, which netted consolidated income near $17 billion in the most recently reported past 12 months, should be concerned about paying its employees a living wage, right? Without question, there is valid economic debate on either side of the coin, but the mass of the non-political population seems pretty clear on what is needed: Access to jobs that pay enough so you can cover your rent and basic necessities. That seems reasonable to me.

OK… let’s not be too harsh on poor Walmart. In their last fiscal year, they exceeded $1 billion in charitable giving – for the first time. They’ve always claimed that their everyday low prices help people live better.

But, I still have a problem with Walmart’s behavior! And much of it stems, not only from nation-wide news items, but also from some of these more localized actions that, without social platforms, may not have made it to my eyes and ears (or to yours).

Here’s the thing: Walmart is not an island. It is not immune to the realities of the digital world! All these stories, no matter how localized, have combined into a pretty nasty PR storm for Walmart.

Even a short while ago, we could maintain that the expression “What happens in Vegas stays in Vegas” held true, but today the social and mobile worlds collide to make that impossible. No brand, no destination, and very few people can avoid the perpetual scrutiny of those armed with a smartphone and a social network profile.

It is your consumer — a human being — who is proliferating your activity. If what you do, and how you do it, aligns with your consumer’s values (and ideally exceeds their expectations), then the conversation they lead can set you apart, can reinforce the benefits of doing business with you, and can establish you as a genuine member of the community. If, on the other hand, you are solely focused on your bottom line without regard for the community in which you operate, the conversations your consumers lead will be detrimental to your brand.

No. You are right… the conversations in the social space may not be, and often are not, devastating to your brand. You will still be here tomorrow. But I’d like to remind you of another expression: Death by a thousand paper cuts.

Those conversations, those messages, those news stories. They catch up.

Since 1996, Judi Samuels has focused on building relationships between brands and their audiences. Judi believes that genuine audience engagement and dialogue is key to the development of emotional connections, and that it is through those connections that long term relationships and loyalty are formed. Judi has extensive experiential, social & digital marketing, communications, and brand strategy experience. More about Judi and her experiences can be found on her blog: The Lemon Twist.

Judi Samuels
Since 1996, Judi Samuels has focused on building relationships between brands and their audiences. Judi believes that genuine audience engagement and dialogue is key to the development of emotional connections, and that it is through those connections that long term relationships and loyalty are formed. Judi has extensive experiential, social & digital marketing, communications, and brand strategy experience. More about Judi and her experiences can be found on her blog: The Lemon Twist.
See more posts from this author
Previous Digital Postcards: Multimedia Work Tools for Non-Salespeople
Next In Real Estate, It’s About the Relationships