Add Some Personality to Your App 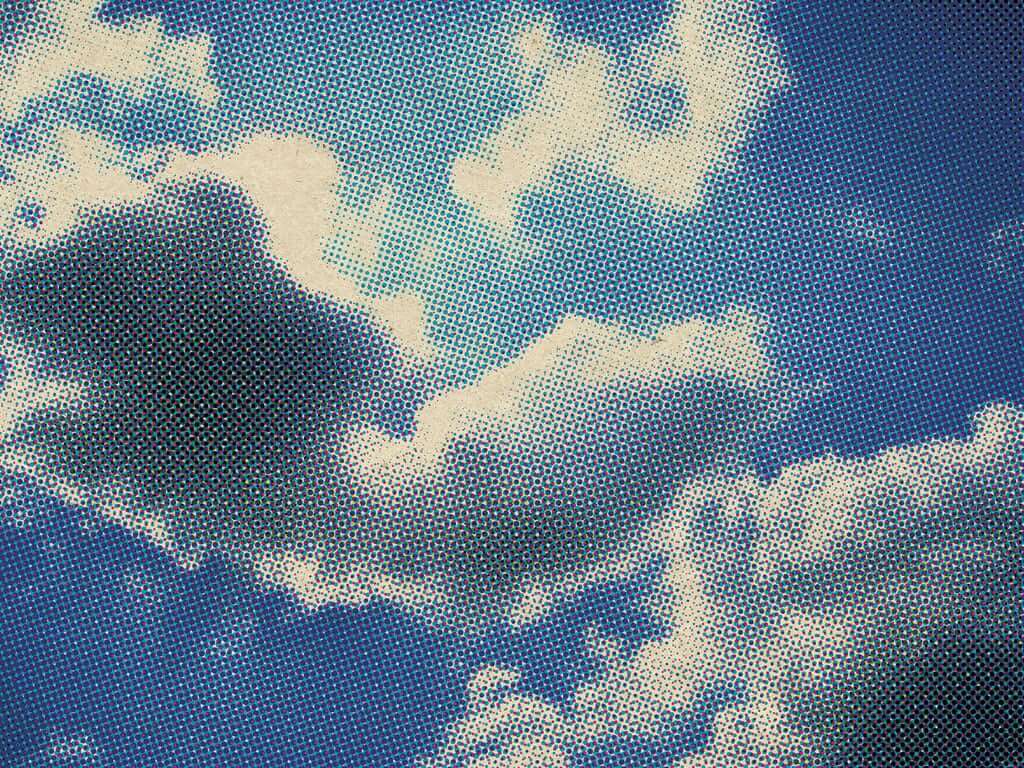 Judging a book by its cover even applies when it comes to apps.

As potential users browse the various app stores, the first contact they have with your app is the screenshots and screen capture video. This is a make or break moment for potential users. This is your opportunity to dazzle them not only with function but with your app’s aesthetics. As you show off your app’s wares, make sure you do it with style.

Sometimes designing a mobile app just isn’t that easy… After all, you have to take into consideration all the varying screen sizes—designing for phones, phablets, and tablets. Then there are questions of how it integrates with navigation, user gestures and the overall user experience (UX).

But in the midst of all these factors, it’s sometimes difficult to actually give the user interface (UI) some oomph and personality.

It’s never good to be a conformist when it comes to design. However, you also don’t want to miss an opportunity to find inspiration from real life and make a digital representation of it in your app. End-users appreciate when the interface mimics something that they’re already familiar with.

Let’s look at the example below of this financial app. The symbols of the green and red arrow are very familiar and invoke the stock market board or the CNBC ticker. The fine line cutting through the numbers also gives the sense of the numbers board rotating in real life and is a bit retro. 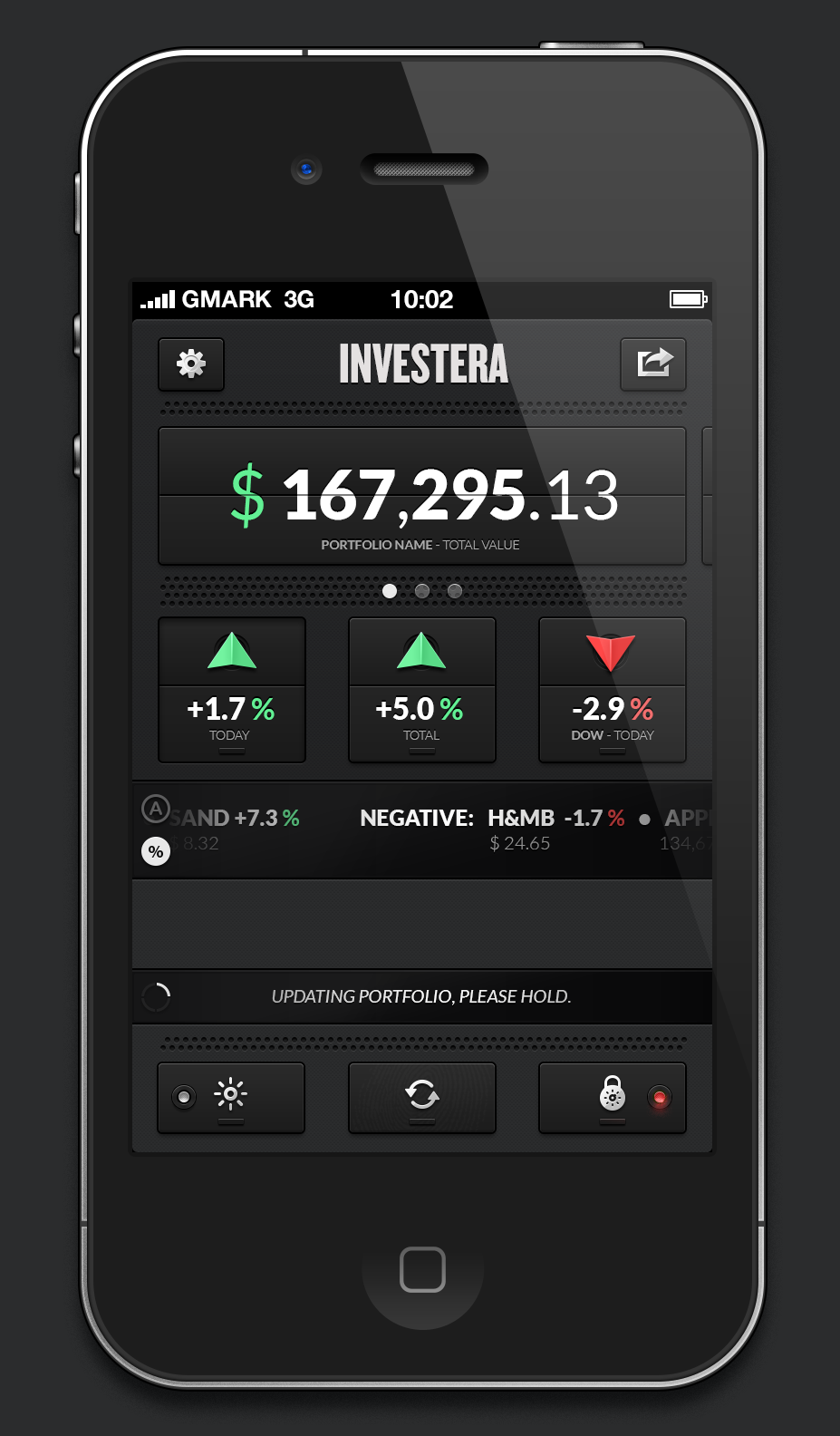 Here’s one more example, this time from the travel vertical. Globetrotters sitting in airports are always checking their flight information on the screen. Also as more and more airlines go digital, the need for a physical boarding pass has been eliminated. The two dominant visuals in this screen resolve both needs. The first is that of the departure city, in this case it’s San Francisco’s famed Golden Gate Bridge which is eye-catching and to some degree replaces the need for the airport screen. The other is a the passenger’s boarding pass with flight information which is very reminiscent of a paper version. This visual is recognizable to the average user and makes them ready to take off! 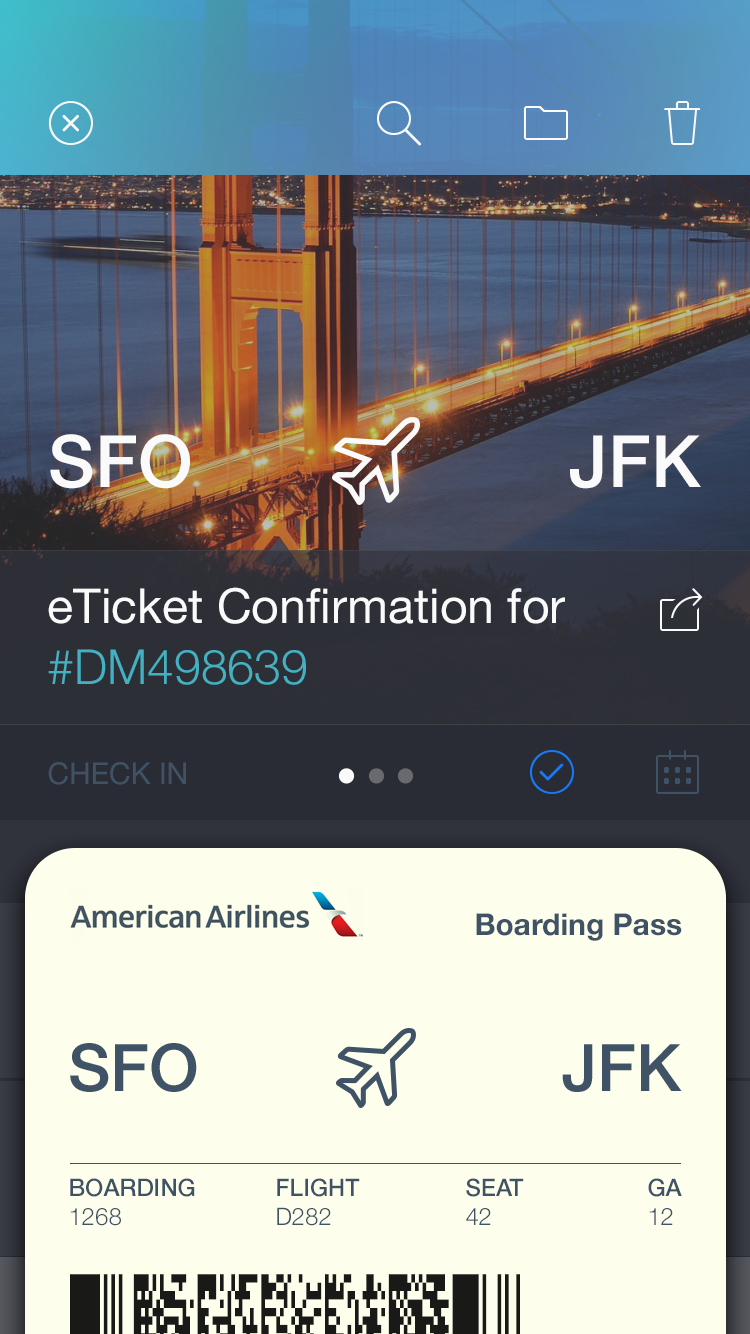 Be the Apple of the User’s Eye

Sometimes a powerful visual can communicate more than words can. We started talking about it a bit in the last example with San Francisco. Besides being a powerful image, it’s also suitable for the context of travel. If a visual doesn’t belong it could be disruptive to users who may not understand what it’s there for.

Every year Apple names top apps that encompass outstanding design and technology. The Sky Guide, is just one example of a publisher that gets this concept. This app targets star-gazers and space aficionados alike by mapping out the past and future skies using powerful images. The app is not only functional and informative but also beautiful and visually-pleasing. It’s something that every designer should aspire to achieve. 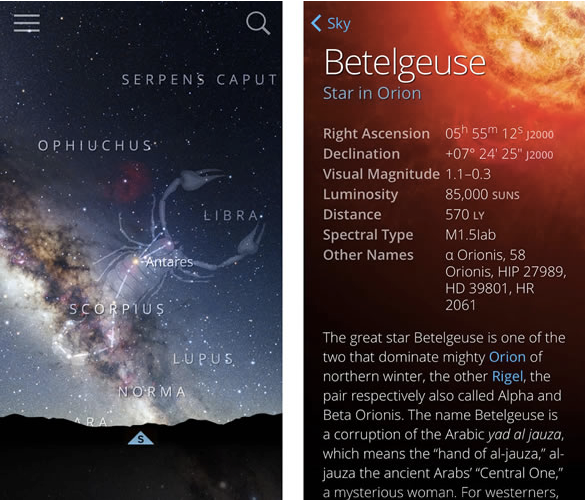 Your app’s UI is one of the most important marketing elements and most certainly draws inspiration from your brand and your business’ vertical. However, don’t be lazy. Yes, it’s easy to use UI kits or similar templates when creating an app because they are simple to use and maintain a standard, but it’s the conformist way to go. UI kits just won’t help your app stand out.

This is the time for you to color out of the lines and break the rules for the good of your app. Here is a great an example of a UI that succeeds in thinking out of the box. Look at the tabs of the app. They are not the same tabs with curved or pointy corners that you usually see. Rather they have more of a trapezoid look to them which makes them stand out. If you embrace your rebellious nature, you’re sure not to regret it. 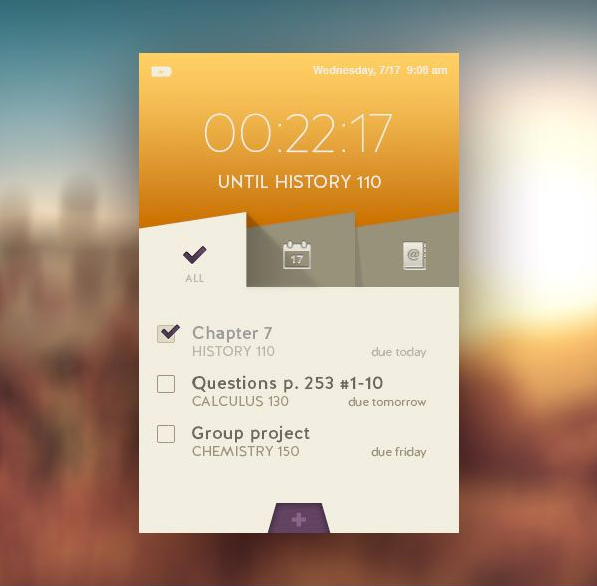 The good news is you’re not alone and there are some great websites to get you to think out of the box and inspire you when it comes to app UI:

So throw away those UI templates and get those creative juices flowing! No doubt your app will be a winner too and will stand out in the app store.

Hagar Brockmann
Hagar Brockmann is the Creative Director of AppsFlyer-Mobile Analytics. She is a digital design expert with over 6 years of experience in creating digital campaigns and products. She holds a design degree from the Bezalel Academy of Arts and Design and previously worked for McCann Digital and as a freelance designer for several startups, helping them design their identity and product.
See more posts from this author
Previous How Secure eCommerce Can Increase Your Bottom Line
Next Stand Out from the Social Media Crowd