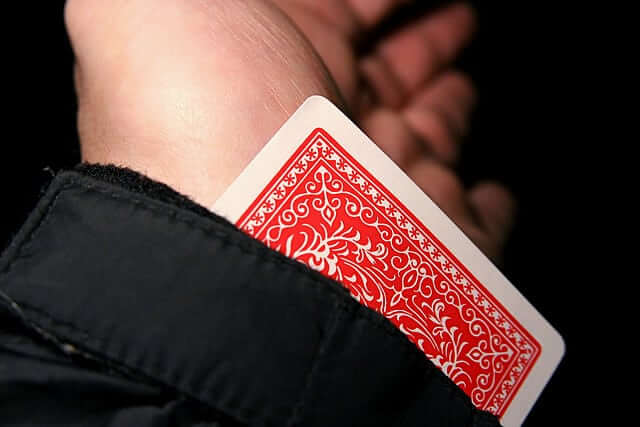 When I researched trade show social media I noticed that many of the lists were focused more on quantity than quality. Some gave like 50-100 ideas and that’s too much for my brain to process so I have seven. While no expert in the field (just yet) these ideas hopefully improve your experience exponentially.

I really want to emphasize the idea of using the following things intelligently. There’s this perfect, golden amount of tweets, Facebook posts, etc. that you have to figure out because, naturally, the less you do the less people are going to hear about it, and yet if you do too much people are going to be annoyed. Due to the low chance of customers seeing every tweet and post thanks to ever changing algorithms, it’s safe to post more. Not at once (don’t spam) but during different times, different channels, with mixed up content.

Why visit? What’s going to be available at your booth, what’s your “it factor,” what’s your hook? This can be anything from having a special and interesting theme, to giving stuff away, to simply having interesting people. What would make you want to visit? That’s a question you need to ask alongside with “Why would someone take pictures or a video of us?”

Choosing the right thing to giveaway takes skill. You don’t want to spend too much money (Skip the ipad giveaway strategy because  people don’t think they’re going to win which interferes with the way the visitors interact with the booth and also it’s just been done to death). Think outside the box, like Burt’s Bees because everybody loves Burt’s Bees! Get a big pack, thirty or more, and have some way for the customer to win some. More people are going to win and they’re going to think of your company when they use it. It’s perfect! (Also, if you don’t feel like Burt’s Bees, try high quality pens with something special, like a fortune or a joke wrapped flush around the pen. Don’t do cheap pens though – that is a fail!)

The easiest place to do so is the giveaway. Use these and follow up on LinkedIn. This one’s a no-brainer.

This requires a solid trade show booth group that can open up people. I’ve read a bunch of “oh just bring your talkers” but realize that four bubbly people isn’t always the best team. Possibly make a diverse team: one attractive girl or guy, the cool emotional calm person of the group, then two bubbly people. Or, my recommendation, you find that group of friends that likes being with each other in your workplace and make them your group. Regardless, make sure the combination gels so that the focus is on overcoming the social barrier between them and the customers, not amongst themselves.  Use this superstar team to bring out some zany or heartfelt responses from the customers, record them, then post them online with a hashtag and if possible, tag the people you’ve filmed. They’ll likely share it too.

Receiving an award for being clever feels great. Every two hours or so, reward a tweeter that mentioned your booth, product or company with something that’s worth winning like a gift card. Announce the strategy pre-show and make sure you encourage tweeting throughout the show with pictures and hashtags.

Be it your product or a cool/trending product, people love neat product demos. If you don’t have one to show, invite an expert panel to discuss it or have a meet and greet with your developers or your CEO.

When it comes to trade shows it’s important to stand out from the crowd. To be innovative and different. Don’t become another company that has something great, but gets lost in translation.

Lucas Runge
Lucas is a creative content crafter at the Marketing Zen Group and The Trade Group. As a UW Madison Graduate with high aspirations, he excels at composing content from the soul, striking a balance between emotionally insightful and goofily charming. In his free time, the former Badger enjoys gaming, hockey, and massages. Follow him @LucasRunge
See more posts from this author
marketingsocial mediasocial media marketing
Previous Are You a Car Dealership? Don’t Miss online marketing opportunities
Next 5 Ways to Fight the Inbox-Zero Mentality with Effective Email Marketing Tools