20 Influencers to Watch at Dreamforce 2013

In no order at all, here is a list of 20 people whose tweets I will be following as I (vicariously) participate in Dreamforce 2013. No, the schwag won’t be real for me, and I won’t have sore feet, and I won’t get to hug my friends. But I’m betting that at least half of this list will charm and entertain me from my Aeron chair or couch!

To Dreamforce 2013! Everybody have a great time! 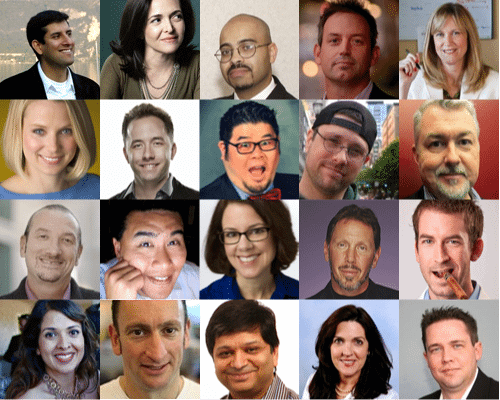 Now working at Salesforce, Vivek Kundra was our country’s first CIO and the man behind the Data.gov revolution. Salesforce, in effect,  hired the most interesting man in the world….

Always has something to say, and is always herself the center of something interesting….Her tumblr is also fun.

You may know her from Facebook (she’s COO) or her famous, viral TED talk about women in business. I like to read her tweets just for the namedropping! Should be some good Instagrams, too.

Drew is the CEO of Dropbox. He doesn’t tweet often, but I want to see if he has anything to say about Dreamforce because it’s pretty intense and memorable, and might startle him into verbosity.

Brent is a top dog in CRM who’s always busy educating and enlightening while at Dreamforce. He’s my calm center of the storm. I like to follow his tweets to make sure he’s not getting overly tired with all the excitement.

Is he attending? I hope he goes. He’s one of the smartest people in the world!

Esteban tells it like it is. He’ll be doing a session. I’m sure it will be packed. The stuff he’s already saying about #DF13 is so interesting and it hasn’t even started!

Nancy’s already tweeted the #DF13 Party Guide map to the hottest parties. I think we know whose priorities are correct!

Social media blogger and speaker. He’s fun and hilarious. I await the laughs.

Fresh, young, kind, and full of beans — Zachary will have some stuff to tell us. Check out the #BanditTour to #DF13 pics on his stream.

A wonderful writer, Ann is a light in the world. There’s magic everywhere she goes. She bridges the generations — let’s hope she attends and tweets a lot!

My friend and a Desk.com emissary. Whatever she tweets, it will be fun, creative, unique, and surprising. If you see one of her videos, you’ll be hooked.

Yes, THAT Larry Ellison is supposed to be attending! His tweets should be quite interesting. I always think if I wait long enough, the man will explode. He’s intense.

Writer on enterprise IT, cloud computing, and all things tech is coming in from New Zealand. He’s double booked all week, but I have high hopes for his take on the doings.

Entrepreneur and startup blogger, this HubSpot guy will be doing a talk at DF on “culture code.” Big session, and not about marketing. What will he take away and tweet about that? 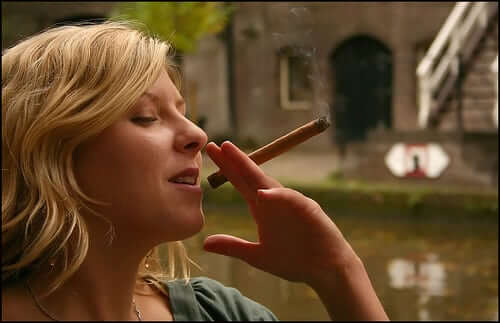 Chief Product Officer @RingLead, Founder @Qandor. He’s holding a Cigar Shindig at DF so folks can “unwind with a drink and a smoke.” This ought to generate some great tweets!

One of the nicest (and most well-informed) people at Salesforce. Her social tips are great. She knows how to bring an event to life (and focus) and you’ll see that by reading her tweets.

On the LinkedIn team, social selling expert Koka Sexton should be hearing a lot about this trending topic all week. This is his second Dreamforce, and he was pretty blown away last year. He met Saasy and got a huge amount of schwag! I can’t wait to hear about the hackathon through his eyes and ears. Also, he’s a Green Day fan, and I want to live vicariously.

Want a laugh? We can only hope that Vooza.com’s team is planning to live tweet from DF13!

Alyson Stone is director of content strategy for Nimble, and a frequent contributor to the blog.

Alyson of Nimble
Alyson Stone is Director of Content Strategy for Nimble, and a frequent contributor to the blog.
See more posts from this author
Previous Social Media for Financial Advisors
Next 17 Reasons Your Financial Blog Isn’t Getting the Traffic It Deserves